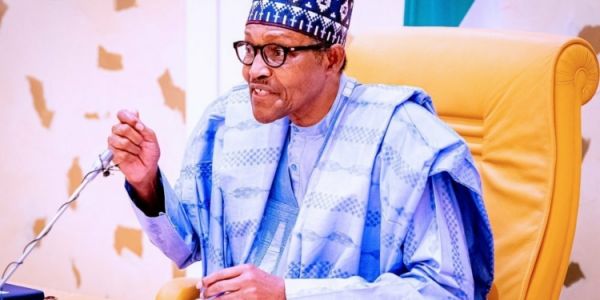 President Muhammadu Buhari yesterday accused the Academic Staff Union of Universities, ASUU, of being complicit in corruption in the tertiary education sector in the country.

This came on a day Speaker of the House of Representatives, Femi Gbajabiamila, said President Buhari has accepted the report on the engagement of members of the House with the Academic Staff Union of Universities, ASUU, on how to resolve the ongoing strike by the union.

This is even as the Federal Government approved the registration of two rival groups to ASUU, the Congress of University Academics, CONUA, and the National Association of Medical and Dental Academics, NAMDA, in what appears an attempt to break the ranks of striking ASUU

But ASUU in a prompt response said President Buhari’s allegations are unfounded, and noted that the registration of two new trade unions by the government for academic staff in the university system is inconsequential and poses no threat to its existence.

On corruption in the universities, President Buhari made the accusation in his address at the fourth National Summit on Diminishing Corruption in the Public Sector, jointly organised by the Independent Corrupt Practices and Other Related Offences Commission, ICPC, office of the Secretary to the Government of the Federation, SGF, and the Joint Admissions and Matriculations Board, JAMB, held at the Banquet hall of the Presidential Villa, Abuja.

The President also accused lecturers of deploying disguised terminologies to perpetuate corruption in the ivory towers, a development he said, impinges on the fight against the menace in the education sector.

He equally accused management of tertiary institutions of not being transparent in the expenditure of Internally Generated Revenue, IGR, asking stakeholders and the media to beam their searchlights on it.

He said: “Incessant strikes, especially by unions in the tertiary education, often imply that government is grossly under-funding education, but I must say that corruption in the education system from basic level to the tertiary level has been undermining our investment in the sector and those who go on prolonged strikes on flimsy reasons are no less complicit.

“There is sorting or cash for marks/grades, sex for marks, sex for grade alterations, examination malpractice, and so on.

“Sexual harassment has assumed an alarming proportion. Other forms of corruption include payroll padding or ghost workers, lecturers taking up full-time appointments in more than one academic institution, including private institutions, lecturers writing seminar papers, projects and dissertations for students for a fee, and admission racketeering, to mention only the most glaring corrupt practices.”

The President, however, commended the ICPC for its due diligence in investigating and prosecuting sexual harassment as an abuse of power in the country’s educational institutions.

“Government will continue to fund education within realistically available revenue while urging stakeholders, including the media to equally advocate transparency in the amount generated as internally generated revenue by educational institutions and how such funds are expended.

“Corruption in the expenditure of internally generated revenue of tertiary institutions is a matter that has strangely not received the attention of stakeholders in tertiary education, including unions,’’ Buhari noted.

He called on stakeholders to demand accountability in the administration of academic institutions and for unions to interrogate the bloated personnel and recurrent expenditure of their institutions. He also implored the unions to work with the government to put faces and identities to names on the payroll.