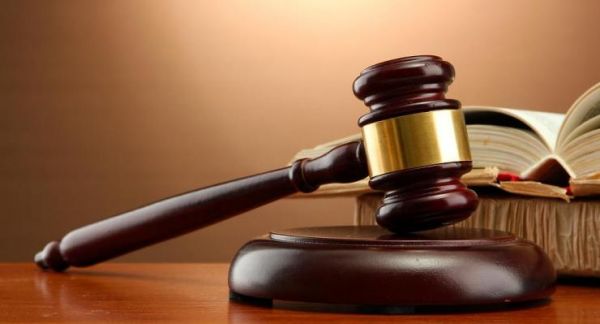 Ekiti High Court in Ado-Ekiti has sentenced a former police officer to ten years in prison for killing a wedding guest.
Naija News reports that the accused identified as Tizhe Goji was charged and arraigned on one count charge bordering on manslaughter on 29/07/2021.

The presiding judge, Justice Adeniyi Familoni subsequently convicted and sentenced the accused after it was deemed that the prosecutor had proven his case beyond reasonable doubt.

The defendant had reportedly opened fire on the deceased, Abayomi Olaoye at the Queens Court Hotel in Ekiti.

The charge reads: “that the convict on 21/11/2021 at Queens Court Hotel, Ado Ekiti within the jurisdiction of this honourable court did murder one Abayomi Olaoye, contrary to Section 319(1) of the Criminal Code Cap 16, Laws of Ekiti State, 2012.”

An eyewitness, Bukola Omorinkoba told the police that, “I came with other members of our family including the deceased for a wedding ceremony at Ise Ekiti, we lodged at Queens Court Hotel, Ado Ekiti.

“Around 9:00 p.m, we were relaxing at the hotels’ reception, we saw the defendant alongside other police officers drove-in a Toyota Hilux Van, immediately they opened the vehicle’s door, he opened fire on us, the bullet hit the deceased and Adebayo Ilori, they were rushed to Ekiti State University Teaching Hospital, Ado Ekiti, they were later referred to ABUAD Multisystem Hospital, Ado Ekiti, where Abayomi Olaoye was confirmed dead.”

Sharing his side of the story through his counsel, Chris Omokhafe, the defendant said that he had shot the gun by mistake.

He said, “I used the rifle to abort a robbery operation the previous day but forgot to prove and close the rifle’s chamber. I was at Queens Court Hotel to celebrate my promotion for my colleagues. On opening the vehicle’s door, the rifle discharged accidentally. I didn’t do it intentionally.”