[OPINION] Is Atiku reaping what he sowed? - Bola Bolawole 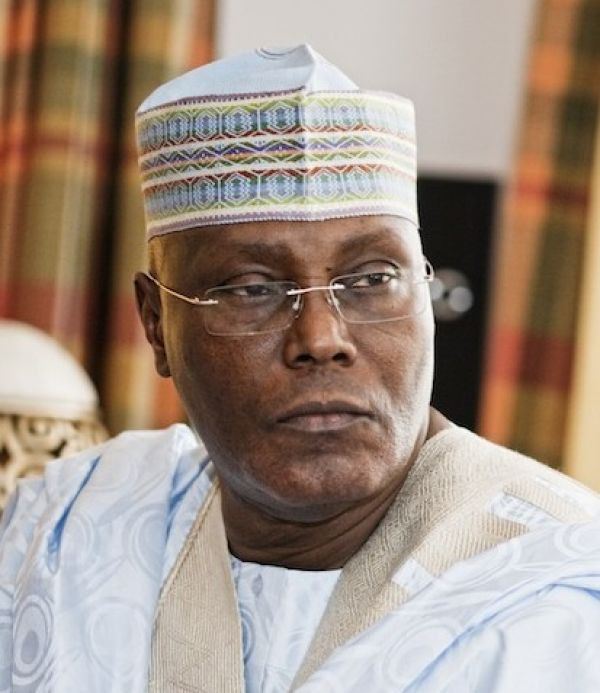 “For they shall sow wind and reap a whirlwind” – Hosea 8:7

“Be not deceived; God is not mocked: for whatsoever a man soweth, that shall he also reap” - Galatians 6:7.

When the five PDP governors giving their party’s presidential candidate, ex-Vice President Atiku Abubakar, goose pimples met last Sunday in Enugu, it immediately dawned on me that what goes around also comes around. He who sows the wind usually ends up reaping a whirlwind and whatsoever a man sows, he ends up reaping. “Rain Doctor” Majek Fashek says no one plants cassava and reaps cocoyam; whatever you plant is what you reap! The Law of Karma catches up with everyone; some slowly, some with automatic alacrity!

The five PDP governors giving Atiku the scare of his life are Nyesom Wike of Rivers; Seyi Makinde of Oyo; Samuel Ortom of Benue; Ifeanyi Ugwuanyi of Enugu and Okezie Ikpeazu of Abia. What started as a protest by Wike against the way he was ambushed by Northern political leaders - and betrayed by some of those he otherwise had thought were trusted colleagues - to pave the way for Atiku to snatch the PDP presidential ticket, had since assumed a life of its own, with Wike’s argument of inclusivity in the PDP winning support for him, especially in many parts of the South.

Besides, Iyorchia Ayu, the PDP chairman, was said to have promised to resign his seat if a Northerner emerged as the party’s flag bearer. Now that this has become the case, the same Ayu has been clinging on straws to retain his seat. Atiku himself has also been accused of credibility deficiency, having failed the integrity test on a number of occasions within a few weeks. He promised to make Wike his running mate but failed without the courtesy of recourse to Wike. He pledged to get Ayu off the party chair but made a volte-face afterwards.

Now, the Wike camp finds it difficult to take Atiku’s word as his bond, not least of all his recent pledge to support Wike for the presidency in 2017. Does it mean that Atiku who, in 2019, reportedly refused to limit himself to just one term, will now do only one term if he wins the presidency in 2023? Ex-President Olusegun Obasanjo reportedly made a similar pledge in 1999 but spurned it once he was firmly seated in the saddle of power: will Atiku be different? With Atiku making the same pledge of 2027 support to the Igbo, how truthful is he on this score?

This was one of the Gordian knots the five PDP “rebel” governors met in Enugu last Sunday to untie. The meeting was reported online thus: “Five estranged governors elected on the Peoples Democratic Party (PDP) platform, sympathetic to Governor Nyesom Wike of Rivers State, met behind closed-doors in Enugu on Sunday to determine their next line of action.

“The governors at the meeting included governors Seyi Makinde of Oyo State; Ifeanyi Ugwuanyi (Enugu); Okezie Ikpeazu (Abia); Samuel Ortom (Benue) and their Rivers State counterpart, Nyesom Wike. The governors, who arrived at the Akanu Ibiam International Airport in Wike’s private jet were received by their host, Ugwuanyi. They declined to speak to newsmen at the end of the meeting held at the Enugu Government House but sources said the meeting provided an opportunity for them to consider their options following the renewed reconciliatory efforts initiated by the PDP presidential candidate for the general election, Alhaji Atiku Abubakar, and the party.

“Atiku has also held a consultative meeting with PDP stakeholders both in the South-East and the South-West in the bid to resolve all the issues. Those governors were not present at the recent inauguration of the PDP Presidential Campaign Council in Abuja but Wike met again with Atiku where he reportedly insisted that Senator Iyorchia Ayu should step aside as PDP national chairman. Wike also hosted the Labour party candidate, Peter Obi, for the second time, fuelling speculations that they may work together for the presidential bid of the former Anambra State governor.

“In the same vein, Obi met with Makinde at the Oyo government house, Ibadan, behind closed doors, last week. These meetings have fuelled speculations that the group of five PDP governors may work for Obi in the 2023 presidential election. The meeting of the Wike group is coming against the background of the plan by the PDP to hold what one of the leaders described as a meeting of a select few of the party chieftains in the ongoing efforts to reconcile aggrieved camps.

“The candidate of the party for the presidential election, Alhaji Atiku Abubakar; national chairman, Senator Iyorchia Ayu; Governor Nyesom Wike, among other chieftains, are to hold ‘an all-inclusive meeting to resolve all outstanding issues’ in order to present a united front during the campaign for the general election. The meeting is part of the outcome of consultations with Zonal leaders of PDP embarked on by the chairman, Board of Trustees (BoT) of the party, Senator Adolphus Wabara, over the faceoff between Wike and the PDP national leadership. During the consultations, the Wabara team had met with the Governor of Oyo State, Seyi Makinde, his Benue State counterpart, Samuel Ortom, Governor Ifeanyi Ugwuanyi (Enugu) and Governor Okezie ikpeazu of Abia State”.

How many of us still remember that this same “rumbles in the jungle” and hide-and-seek of governors with their party’s presidential candidate took place in the same PDP nine years ago - and the then rebel governors were led by, wait for it, Atiku Abubakar? The victim then was incumbent President Goodluck Jonathan. Let us refresh our memory of those events as they were re-lived by one of the participants on May 15, 2015: “Defection of 5 PDP governors ensured victory for APC — Okorocha: The Governor of Imo State, Rochas Okorocha, said on Tuesday night that the November 2013 defection of five governors from the Peoples Democratic Party to the All Progressives Congress was a major factor determining the APC’s victory in the (2015) general elections...Speaking at a valedictory dinner organised by the Progressive Governors Forum, and held in honour of outgoing governors Babatunde Fashola of Lagos State, Messrs Kwankwaso (Kano), Amaechi (Rivers) and Wamakko (Sokoto), Mr. Okorocha said ‘make no mistake about it, without the five Governors that joined the APC in 2013, we would not be here today’.