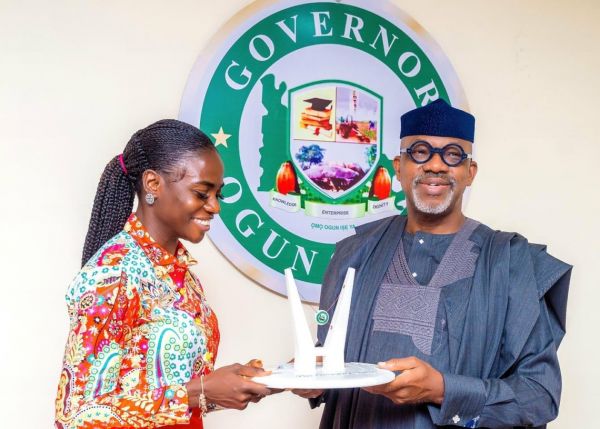 “I announced her (Amusan ) appointment as Youth Ambassador in Ogun State and a donation of a house, as well as five million Naira in recognition of her world records and other stellar achievements,” the governor wrote on his official Twitter handle.

In June, Amusan, an indigene of the state, made history by winning gold in the 100m hurdles at the 2022 World Athletics Championships in Oregon, United States of America.

Ummu’s murder: Court orders Kano govt to get interpreter for Chinese national, Geng
The 25-year-old was the first Nigerian athlete to achieve the feat.

Amusan scorched to a 12.12s world record at the semi-final stage of the World Athletics Championships.

She was crowned world champion in the final a day later.