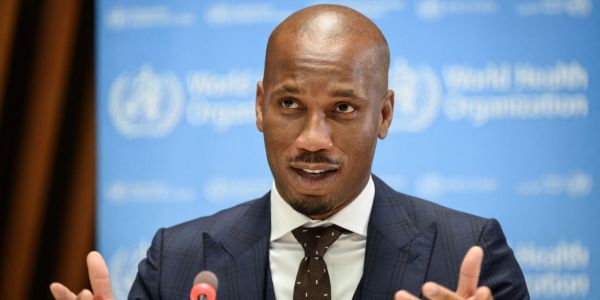 Chelsea legend, Didier Drogba, has commended the Teranga Lions of Senegal for qualifying for the next round of the ongoing 2022 FIFA World Cup in Qatar.

Senegal defeated Ecuador 2-1 on Tuesday, thanks to goals from Ismaila Sarr and Kalidou Koulibaly.

The result means Senegal finished in the second position in Group A with six points from three games.

The West African giants will face the Three Lions of England on Sunday.

Reacting, Drogba, in a tweet via his Twitter handle after the game, wrote, Congratulations @FootballSenegal for qualifying, no doubt Bouba Diop is proud of you from above 2002-2022 @FIFAWorldCup.