Ortom mourns Unongo, says, ‘we have lost a pathfinder’ Featured 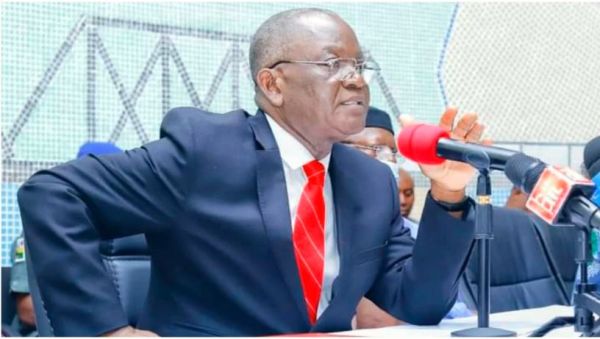 Benue State Governor, Samuel Ortom has expressed deep pains over the death of an elder statesman Dr. Paul Iorpuu Unongo saying “we have lost a pathfinder and leader of an inestimable value.

Lamenting over the death of Unongo who died November 29th, 2022 at the age of 87 years old, Ortom stated that the foremost nationalist was a father figure who championed the emancipation of the ordinary citizens without ethnic or religious barriers.

The Governor noted the leadership role of Pa Unongo in the political evolution of Nigeria pointing out that he was a mentor to many present day leaders who had great ideas for the socio-political and economic development of the country.

He said, In Pa Unongo, our Iroko tree has fallen. He is one of the last icons of political leadership in Nigeria whose contributions to the politics of the country from post independence till date can not be quantified. Benue State has lost a leader and mentor. His death has created a vacuum that would be difficult to fill .

We shall miss his intellect, great ideas, oratory prowess and immense capacity for mobilization and organization of the people.

He promised that Benue State will do the needful to immortalize Pa Unongo for his selfless services and contributions to the development of the state.

He prayed that God grants the deceased eternal rest and the immediate family the fortitude to bear the loss.