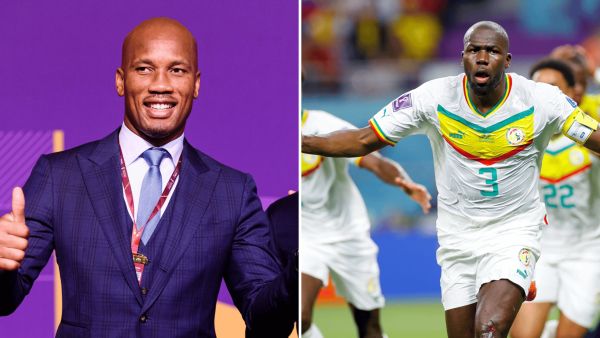 Chelsea Legend, Didier Drogba, has showered praises on the Teranga Lions of Senegal following their progress to the last 16 of the 2022 World Cup.

Naija News recalls that Senegal advanced to the World Cup knockout rounds for the second time in their history after, captain Kalidou Koulibaly slot in a composed volley against Ecuador at a boisterous Khalifa International Stadium.

With the victory, Aliou Cisse’s men finished second in Group A, setting up a tie on Sunday against Group B champions England.

However, the former Ivorian player has saluted Aliou Cisse’s men for making it through to the next round on the global stage in Qatar.

Tuesday’s game saw Senegal overcome Ecuador 2-1 which has drawn praise from African supporters around the world.

As a consequence, Senegal earned six points from three games to finish second in Group A.

However, on Sunday, the West African titans will take on the English Three Lions at the Al Bayt Stadium in Al Khor.

After the victory against South America’s west coast, Drogba responded by tweeting, “Congratulations @FootballSenegal for qualifying, no doubt Bouba Diop is proud of you from above 2002-2022 @FIFAWorldCup.”