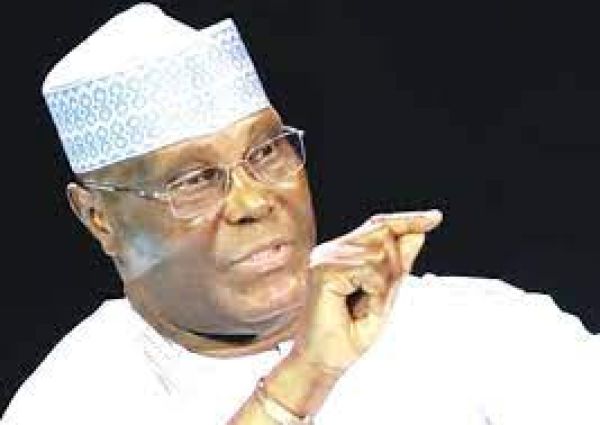 Ex-Vice President and Presidential candidate of the opposition Peoples Democratic Party, PDP, Alhaji Atiku Abubakar, has said that the ruling All Progressives Congress, APC, will not rule Nigeria beyond 2023 due to its alleged poor performance in governance.

Alleging that the ruling party has brought untold hardship on Nigerians, he prayed that Nigerians will never witness a repeat of APC government beyond next year.

He spoke on Wednesday at a rally in Akure the Ondo State capital where he promised to provide enough funds for education.

Specifically, he bemoaned the state of education in the country for which he blamed the alleged poor policy of the party in power, vowing that Nigerians would never witness a repeat beyond 2023 if he is voted for.

Also in his own address, Atiku’s running mate and Delta state Governor Ifeanyi Okowa expatiated on the alleged rot in the nation’s education system as he regretted that “in the past eight months the youths were at home and that shouldn’t be the case.”

Okowa promised: “Atiku has made provisions to ensure that no University goes on strike as special attention would be placed on the youths of the country as well as set aside funds to support youths who would want to go into entrepreneurship.

“As long as you vote Atiku, hunger and unemployment will be a thing of the past. Remain focused, go from school to school, house to house and campaign for Atiku.”

In his address, the PDP Chairman, Iyorcha Ayu urged the Ondo PDP support not to make a mistake but do the right thing by voting Atiku in the coming election.

He said, “Ondo is a PDP state. You are educated and enlightened people and that is why you always vote the PDP.

Ayu further noted that, “We must work together to ensure victory. Ondo should give the PDP the highest votes in southwest.

“The country is in a bad shape, you need an experienced leader to fix the country. Atiku and Obasanjo fixed the economy in 1999 and Atiku is coming back to fix the mess APC has created. He will unify the country, there will be jobs and security.”

Earlier Presidential campaign chairman of Ondo state told PDP supporters that Atiku is in the state “on a thank you visit for the massive support he got in the past from the state.”

Chairman President campaign council and Sokoto state Governor Aminu Tambuwal also thanked the people of Ondo for the 2019 support and the warm reception.

He said: “We are kicking off our Southwest campaign in Ondo for obvious reasons. We were robbed in 2019, but we must thank you for giving us your mandate.

“Atiku Abubakar is the most qualified candidate who has all the credentials to deliver and so we urge you to come out and vote massively for us.”

He urged the people to vote for Atiku saying: “Atiku took one of your daughters as wife. We must vote Atiku. If we vote Atiku, I can assure you that poverty will end in the Southwest. Please go all out and tell everyone from house to house that the light has come to Ondo state.”

His Akwa Ibom counterpart, Governor Udom Emmanuel said there is only one message from the PDP which is to recover the nation, saying: “We have something to show, we have done this before. When we were in power, things were different. PDP is the only party that can provide power supply, food on the table and security.”

Earlier, Atiku’s wife, Titi,  a native of Ondo State, also addressed the mammoth crowd where she promised the Ondo people that her husband will defeat Boko Haram and provide scholarships to students.

She said: “My people I, your daughter is standing in your presence to tell you that my husband has done it before. The last election was won by my husband but we were robbed.

“My husband indeed is a Fulani but he is not a killer and we have been together. I taught him our culture and tradition, and he is part of us.”

On her husband’s agenda, she said: “Atiku will defeat Boko Haram and provide you with scholarships.”