FBI: Chimaroke Nnamani Speaks On Looting $41.8m During His Tenure As Enugu Governor 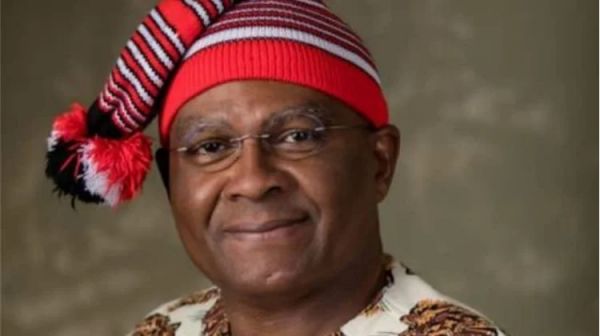 Nigerian Senator Chimaroke Nnamani has described the reports by the U.S. Federal Bureau of Investigations (FBI) alleging that he looted and laundered $41.8 million during his tenure as Enugu Governor between 1999 and 2007 as ‘fake news’.

The 62-year-old People’s Democratic Party chieftain via a statement issued on Tuesday also denied that a court sitting in America ordered him to forfeit his assets to the country’s government after he failed to convincingly explain the source of monies and assets traced to him.

According to him, the report was sponsored against him because of his “alternative views” on recent political developments in the country.

“It is Campaign of calumny, intimidation, insults and abuse orchestrated to suppress and diminish my voice; however, my voice will grow louder and more persistent,” Nnamani said in a statement on Tuesday in Abuja.

“I know my recent position will attract this attack by those who cannot tolerate alternative views; democracy allows alternative viewpoints, if I cannot express my opinion and take a stand who will?

“There was no such judgment anywhere, the author of the fake news is a known blackmailer.

“The story with the Air Peace Airline is still fresh in our memories. I’m not surprised that the author has offered himself as a willing tool for this hatchet job once again.

“I left Enugu State on a solid foundation 15 years ago, record of our accomplishments is an open book; no amount of mudslinging can rewrite our history.

“I urge our people and Nigerians alike to ignore the mischievous report, sponsored by political foes and professional blackmailers,” he said.