Where is Saraki? Ex-senate president missing from national honours’ list 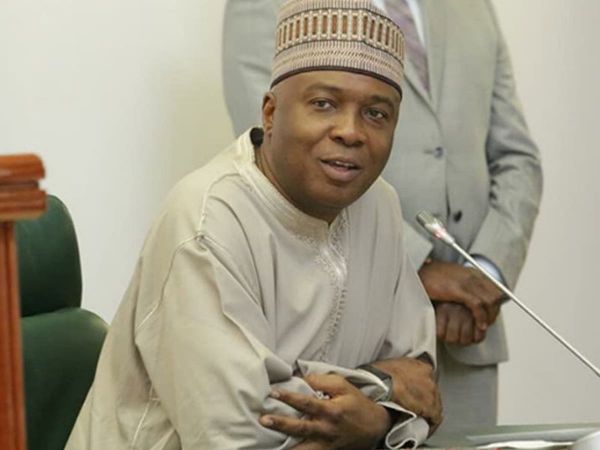 Former Senate President Bukola Saraki is missing on the list of persons nominated by the federal government to be awarded with national honours.

The awards will be presented by President Muhammadu Buhari on October 11, at an event scheduled to hold at the state house in Abuja.

Saraki, who is a former governor of Kwara state, served as senate president from 2015 to 2019.

Although it is not clear if he was under consideration for any of the awards before the list of nominees was released, Saraki’s journey with the President Muhammadu Buhari administration has not been without its drama.

Amid crisis within the All Progressives Congress (APC) at the time, Saraki became senate president in June 2015 but not without tension arising from boycotted meetings, “dribbling” the APC leadership, and a battle for loyalists.

What followed months after he became the number one person in the senate was a long journey to a supreme court victory, after he was charged with false asset declaration.

For a case that began with charges filed by the Code of Conduct Bureau (CCB) in September 2015 — and not forgetting the 70 lawyers and 50 senators involved — it took nearly three years before the supreme court ruled that he had no case to answer.

Saraki, who left the Peoples Democratic Party (PDP) for the APC, re-joined the PDP in 2018.

He, however, lost his bid to seek re-election in the 2019 senatorial election to Ibrahim Oloriegbe of the APC.

Saraki, even as senate president, has been critical of the President Muhammadu Buhari administration, and he had also considered contesting the 2019 presidential election, which would have seen him running against Buhari.

He had also participated in the PDP presidential primary for the 2023 general election, but lost to Atiku Abubakar, former vice-president.