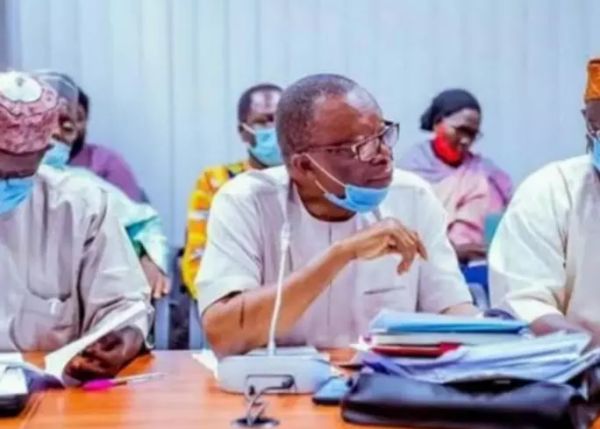 The National President of the Academic Staff Union of Universities, ASUU, Prof. Emmanuel Osodeke, has said the union may embark on ‘no pay, no work’ policy if the Federal Government continues to insist on not paying them their withheld eight months salaries.

Osodeke said the union might embark on the policy which means another round of strike, since the FG has refused to pay their salaries.

He stated this while speaking in a chat with Vanguard on Wednesday.

Osodeke retorted that the FG did not wait for the final judgment of the National Industrial Court of Nigeria that ordered the union to go back to work before deciding not to pay his members their withheld salaries.

He said, “Yes, the matter still continues before the National Industrial Court of Nigeria in Abuja. The court has not given a final judgement on it. Remember that we were not the ones who dragged the government to court. It was the government that took us to court. The order that the court gave was that we should go back to our duty posts while the matter is being heard.

“As law abiding people, we obeyed the order of the court. Unfortunately, the FG that initiated the matter did not wait for the final decision of the court before starting the ‘no work, no pay’ issue. Even to a layman, when the court said go back and maintain the status quo, did it say that the government should be the judge on the matter.?

On the series of protests by members in branches over the half salary paid them in October, the ASUU boss expressed satisfaction with the response of members.

“We are going to hold our National Executive Council meeting to appraise the situation and look at reports from the branches. It was the NEC that mandated the branches to embark on the protests. Whatever is going to be the next line of action, we are going to decide at the NEC meeting, ” he stated.

WITHIN NIGERIA recalls that ASUU called off its eight-month-old strike on October 14, 2022 with lecturers encouraged to resume back to work on that same day.

This publication reported that after the month ended, the FG paid the lecturers 18-day salary which drew outrage from the union.

The Minister of Education, Malam Adamu Adamu and the Labour and Employment Minister, Senator Chris Ngige, said at different fora that the government did not do anything wrong by what it paid the lecturers.

Adamu and Ngige also noted that the government would stick to the ‘no work, no pay’ policy.

Meanwhile, lecturers in federal universities were on Wednesday paid their November 2022 salaries in full, contrary to what happened the previous month when they got half salary.

However, the withheld eight months salaries were not paid by the government.

The action of the government is in line with its policy of not paying the workers for work not done.