SERAP Urges Buhari to Declare Assets at End of His Tenure 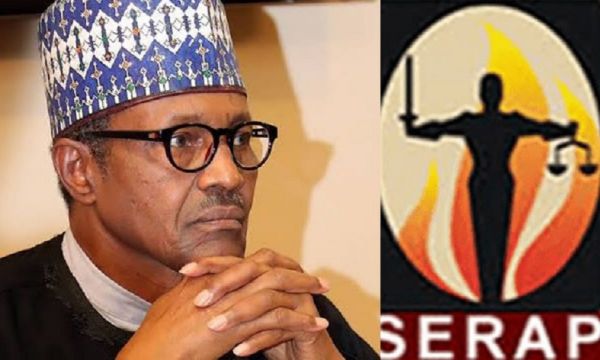 The Socio-Economic Rights and Accountability Project (SERAP) has urged President Muhammadu Buhari to recommit to transparency, and demonstrate leadership by publicly publishing his assets at the end of his tenure of office and encourage other members of his administration to do same.

SERAP also urged him to direct the Attorney-General of the Federation and Minister of Justice, Abubakar Malami, “to take immediate steps to expeditiously, diligently, effectively and fairly prosecute all outstanding high-profile corruption cases currently being handled by his office.”

SERAP said promoting transparency and combating corruption as well as ensuring full and effective respect for the rule of law, “would send a strong signal of your commitment to leave behind a legacy of transparency and accountability.”

“Public officials still use political power to enrich themselves without considering the public good. In several states of the federation, and federal ministries, corruption is taking place every day and every hour. “Consistent with the principles of transparency and accountability, SERAP also urges you to encourage all presidential candidates to also publicly declare their assets ahead of the 2023 general elections.”