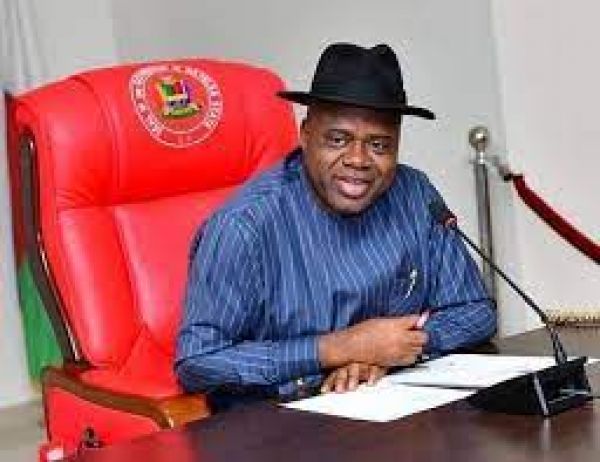 Bayelsa State Governor, Douye Diri, has expressed optimism that the Peoples Democratic Party (PDP) would surmount its current challenges and emerge victorious at all levels in the 2023 general elections.

Diri stated this at an interdenominational church service organised by the state government to mark Nigeria’s 62nd independence and the 26th anniversary of the creation of Bayelsa, at the King of Glory Chapel in Government House, Yenagoa.

Represented by his deputy, Senator Lawrence Ewhrudjakpo, the governor described the post-convention crisis rocking the PDP as “shaking of the water in the river that will not stop the boat from getting to its destination”.

He said that by the grace of God and the support of Nigerians, who have seen the difference between the All Progressives Congress (APC) and the PDP, his party would reclaim power at the centre and in majority of the states.

He said: “What is happening in our party is just shaking of water. The water has not poured and will not pour. For the fact that there is a storm in the river, does not mean the ship or the boat will not sail to its destination.

“The most important question is: Is there a competent captain and a functional radar? The PDP ship will definitely get to its destination. By God’s grace and the support of well-meaning people of our country, we are going to win convincingly.”

Diri, who urged Nigerians to be determined and courageous in their bid to rescue the country from total collapse, maintained that the nation would become stronger, more united and prosperous after the forthcoming elections.

Commenting on how the state has fared so far, he said though Bayelsa is not where it ought to be, the state has made some remarkable progress from inception in 1996.

Diri reassured the people of the state of his administration’s commitment towards completing all ongoing projects, including the Nembe-Brass Road, Angiama-Oporoma bridge and the Sagbama-Ekeremor Road to open up the state for sustainable prosperity.

Earlier in a sermon, the Chaplain, King of Glory Chapel, Government House, Pastor David Yalah, while speaking on the topic “Help From Above”, stressed the need for the people of the state and the country to appreciate God for who He is and what He has done.