PDP Ignores Wike, Set To Embark On Campaign With Ayu As Chairman 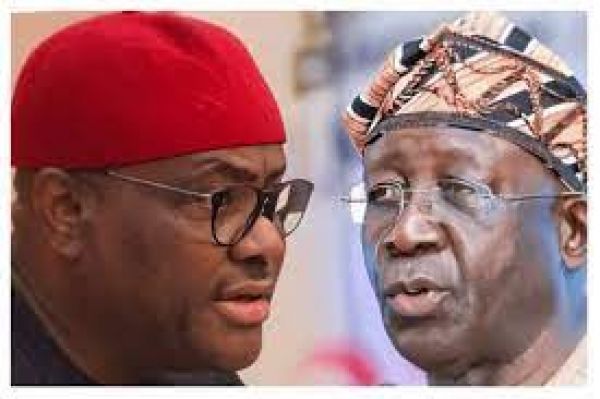 With just two days to the commence­ment of campaigns for the 2023 gen­eral election, the Peoples Democratic Party (PDP) on Sunday said it will kick start work immediately once the Independent National Electoral Com­mission (INEC) lifts the embargo on political campaigns with its national chairman, Iyorchia Ayu, leading the battle.

With the development, Rivers State governor, Nyesom, and his al­lies which include Governors Seyi Makinde of Oyo, Samuel Ortom of Benue and Okezie Ikpeazu of Abia appear to be losing out in the battle to get Ayu out and have another chairman from the South take over his position.

Last week, Wike’s team vowed not to play any role in the PDP Presidential Cam­paign Council and will not support its presidential candi­date, Atiku Abubakar, except Ayu resigns from his position.

Daily Independent also gathered that Northern stake­holders in the PDP, led by Atiku Abubakar, the party’s presidential candidate and Governor Aminu Tambuwal of Sokoto State, who is the in­terim chairman of the Nigeri­an Governors’ Forum (NGF), have resolved that Wike and his allies will not succeed in impos­ing their choice as the party’s national chairman even if Ayu steps down.

A credible source in the par­ty told Daily Independent that leaders of the party agreed that the vote of confidence passed on Ayu by the National Exec­utive Committee (NEC) of the party stands and as such he will lead the battle for the PDP, except if he voluntarily chose to step down.

Speaking further, our source said part of the resolution was that even if Ayu chooses to step down, there is no way a Southerner can assume the position of national chairman as demanded by Wike and his cohorts as the party’s constitu­tion clearly states that when a national chairman steps down, the deputy national chairman from the same region takes over.

On the other hand, Wike and his allies are said to be prop­ping up the deputy national chairman (South), Ambassa­dor Taofeek Arapaja, who is the highest-ranking national offi­cer from the South to take over from Ayu in acting capacity.

When asked if the party can make headway in Rivers, Oyo and other states where Wike and his allies are in charge, our source said, “There is no cause for alarm as that has already been taken care of by the party”.

Our source said, “Every­body agreed that the party leadership has done its best to make peace with the aggrieved leaders. They also commended the party’s presidential candi­date for the series of meetings he has had with Wike and his team in order for peace to reign. But with the campaign set to kick off on September 28, the party has to move on.

“The truth is that the NEC has passed a vote of confidence on Ayu and that should be re­spected. Nobody is bigger than the party. A governor can’t just think he can be controlling the party and install anyone he likes and then remove him if the person is not doing his bidding.

“Even if Ayu voluntarily steps down today, it is not pos­sible for a Southerner to suc­ceed him. If you recall, when the man went on leave few weeks ago, it was the deputy national chairman from the North that he handed over to. The party’s constitution stat­ed it clearly that when there is a vacancy, the man from the same zone as the national chairman will take over. His replacement can’t come from another zone.

“If you also recall, when the former national chairman, Uche Secondus, was removed, Elder Yemi Akinwonmi, who was the deputy national chair­man (South) had to take over despite his health challenges. Everybody respected that because it is what our party’s constitution stated.

“When they are saying Ayu must go despite the vote of con­fidence by NEC, are they saying they are bigger than the party? The truth is that Wike and his group know they don’t have the number to remove Ayu from office. Majority of the stakeholders in the party are solidly behind him. He will lead the party’s campaign and even if he voluntarily steps down, the deputy national chairman from the North will assume the position”, our source said.

Speaking with Daily Inde­pendent, Ekpenyong, a former Deputy Governor of Akwa Ibom State, said Wike is not playing the game the way it should be, adding that PDP’s constitution cannot be jetti­soned because of one man.

According to him, contrary to fears expressed in some quarters that PDP will lose the presidential election because of the refusal of Wike to work with Atiku, he predicted that Atiku will win by a landslide.

“PDP will win the 2023 presidential election and I am predicting that it is going to be landslide. What my broth­er, Wike, is doing will only strengthen the minds of the North to vote for Atiku. Wike is polarising the North and South now and he is making the North to look at us with an evil eye. The worst scenario is that we are in the minority. So, Wike is not playing his game very well.

“Wike is my brother. If he has achieved what he achieved to the glory of God, I will still be happy but that is not how to play the game. The fact that he is in public office doesn’t mean everybody has to bow down for him and then the philosophy of PDP has to be jettisoned be­cause of one man.

“Is he now saying that Okowa who was picked as vice presidential candidate is not from the South-South? What about Governor Udom Em­manuel that has been named as the chairman of the campaign council?”