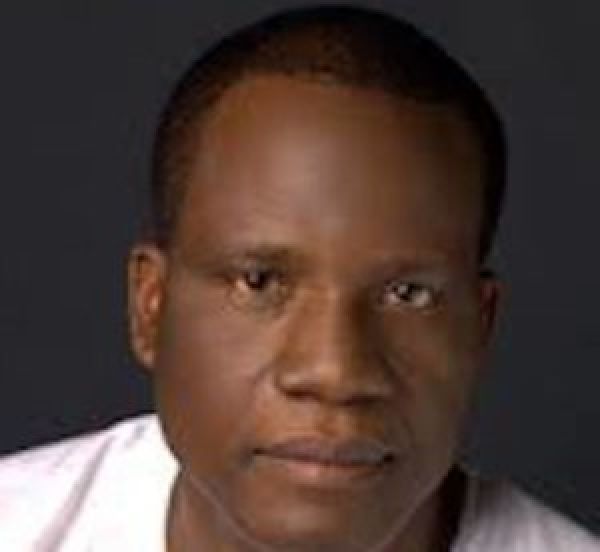 Since the Buhari administration launched the National Social Investment Programme (NSIP) six years ago  a lot of queries have been raised by experts and the public at large about the poverty-alleviation programme.  Among the several criticisms of the NSIP as it is currently implemented is that despite the hundreds of billions poured into social investments the programme is not yet institutionalised. This policy lacuna  has also  been pointed out on this page several times.

President Muhammadu Buhari seems  to have responded to the criticisms  with the bill to provide “legal and institutional framework”  for the components of NISIP.  A letter in respect of the bill  was read yesterday  at a session of the Senate by its  president, Senator Ahmad Lawal.

The executive bill on social investments  is coming a year after the House of Representatives began processing a legislation with a similar objective to the one stated in the President’s letter to the Senate.  House Speaker  Femi Gbajabiamila and 11 other members of the House sponsored the bill which also covered elements of NSIP such as N-Power, Conditional Cash Transfer, Home-Grown School feeding Market Moni and Trader -Moni.

The National Social Investment Programme Establishment Bill is expected to  rekindle the old debate on the concept of the programme. It would be in the public interest if the making of the social investment law could benefit from ideas based on the divergent perspectives of the enthusiasts and critics of the programme.

The National Assembly should harmonise the diverse ideas so that  social investments could be transformed into a sustainable institution.

Conceptually, some critics of NSIP insist that the huge resources allocated to the implementation of the programme constitute a drain on the public purse. Such critics would rather the money is  spent more productively on supporting small-scale enterprises and creating jobs.  Buhari appears to have addressed this criticism in the letter to the Senate when he says that  the NSIP is meant  “for the assistance and empowerment of the poor and vulnerable people in Nigeria.”  And that is the point that is often lost on many of the critics of the programme. The category of the poor people who should benefit from NSIP is quite different from the categories of  people who should be targets of other forms of socio-economic empowerment. Social investments as framed here are  for  the poorest of the poor, the most vulnerable in the society.  A 90-year old  man in an  impoverished village, who is daily  confronted with hunger, is not your archetypal candidate for empowerment in a small-scale enterprise. What the poor man  direly needs  is simply cash transfer.

It is hoped that the debate on the bill will bring about a clarity of purpose on the idea of social investments as part of poverty -reduction strategy.

Doubtless, beyond theory social investments could be implemented with a huge success given the right  policy environment.

The Brazilian  example is a practical testimony to the efficacy of social investments. It happened under the leadership of President   Lula, whose success with one form of  social investments, cash transfer,  in his first coming received a universal acclaim. Incidentally, Lula won another presidential election a fortnight ago to return to power  despite the right-wing persecution of the genuinely  progressive leader.

Attention was drawn to Lula’s success with cash transfer on this page six years ago  as follows:

“…The influential magazine of the American Council on Foreign Relations, Foreign Affairs, devoted its January/February 2016 edition to ‘Inequality: What Causes It; Why It Matters; What Can Be Done.’  In searching for what is to be done, the Managing Editor of the journal, Jonathan Tepperman, discussed ‘Brazil’s Antipoverty Breakthrough’ in a very illuminating chapter.

“It is an analysis of the stupendous success story of conditional cash transfer called Bolsa Familia (Family Grant) in Brazil. The programme has moved over 55 million persons out poverty and has reduced inequality by honestly integrating the poor into the economy. This feat was performed by the administration of President Luiz Inácio Lula da Silva, a labour leader who won election at the fourth attempt. During the campaign towards  the 2002 presidential election, Lula promised radical antipoverty programmes.

“The experts at home and abroad became jittery and scoffed at the promised experiments. For instance, Goldman Sachs reportedly began to warn investors of risks in Brazil in a “Lulameter,” in case Lula won the election. Lula won!  He experimented with the cash transfer, which has gone down in history as the biggest and most successful cash transfer among such experiments in  over 40 countries that have implemented the policy.

“Reflecting on the prospects and challenges of implementing the programme later, Lula reportedly said; ‘When millions can go to the supermarket to buy milk, to buy bread, the economy will work better. The miserable will become consumers.’  Our own experts and technocrats who scorn the idea of cash transfers cannot imagine that many families especially in remote rural areas are effectively outside the economy. Meanwhile  the experts  are wont to  celebrate the Credit Rating and brandishing  size and jobless growth rates of  the economy.

“The extremely poor are just incapable of effective demand. In fact, as reported by Tepperman in Foreign Affairs, Lula put the matter more graphically: ‘It sometimes bothers my educated friends when I say this… but the number one teacher in my life was a woman who was born and died illiterate: my mother. With all due respect to experts and academics, they know very little about the poor. They know a lot about statistics, but that’s different, sabe? To an intellectual, putting $50 in the hands of a poor person is charity; an academic has no idea what a poor person can do with it. But that’s because at  the university, they don’t teach you how to care for the poor. And it’s because most experts have never experienced what the poor go through every day. They’ve never had to go to work without breakfast. They’ve never lived in a flooded house, or had to wait three hours at a bus stop…’

“To some experts, a social problem like inequality exists  only numbers.

“Lula does not claim to be an expert or a technocrat, but the cash transfer programme he fought for politically has been described by a political scientist as ‘the single largest ten-year change to a country’s class structure since Japan after World War II.’  And at least 63 countries have reportedly sent their own experts to Brazil to see how Lula did it. So it is not enough to dismiss the programme as mere hand-outs to the poor. And by the way, the elite should learn to answer the pointed poverty question by at least respecting the dignity of the human person of the poor.

“The context might be different, but the Brazilian experiment is replete with useful lessons for Nigeria. Take a sample. Critics say cash transfer will be unworkable in Nigeria because of lack of capacity for implementation, corruption and politicisation.

“Now, hear Lula’s reported answer to these legitimate worries: ‘Part of the reason Bolsa Família has been so successful is because the money is paid directly, with no intermediary. It is the beneficiary who goes to the bank with a plastic card to withdraw the money. So, this person doesn’t owe any favours to the president, to their governor, to their congressman, or to their mayor.’

The challenges of implementing antipoverty programmes are actually surmountable. That is the basic lesson from Brazil.”

Those who are interested in debating the NSIP bill should ponder the foregoing words of Lula.

Indeed this bill is six years late in coming given the centrality of poverty reduction to the agenda of the Buhari administration. This is partly explicable. It should be remembered that there was a lot of hesitancy on the part of the Buhari administration before the programme took off in 2016. Besides, the trajectory of  the implementation is also reflective of the enormous contradictions the administration has had to grapple with  to sustain the programme till now.

The proposed law should transform the programme in concept and practice.

And only three years ago,  in what could somewhat be regarded as a parting shot while leaving office as  the Managing Director of the IMF, Christine Lagarde, made a case for greater social investments so as to strengthen the global economy.

According to the former IMF chief, who is now the President of the European Central Bank, “social spending is not just an expense, but rather can be among the wisest of investments in the well-being of our societies.

“Expansion of access to education and health generates broader productivity across the population, allowing all citizens to flourish. To reap the rewards of stronger global economy societies must begin by strengthening social programmes today…”

Lagarde spoke at a forum organised to celebrate the centenary of the International Labour Organisation (ILO).

The foregoing  statement is recalled just to point out the fact of the global nature of the debate on social investments.

The necessary debate in Nigeria  on the institutionalisation of social investments must reckon with  the obvious flaws in the current implementation of the programme.  Some pertinent questions raised about the programme cannot be ignored. These include questions of  institutional structures, transparency and accountability in the course of implementation. The proposed law should, therefore,  help in removing these flaws for the purpose of effective policy implementation.

All told, if implemented honestly and competently a social investment programme could significantly help the cause of social protection.