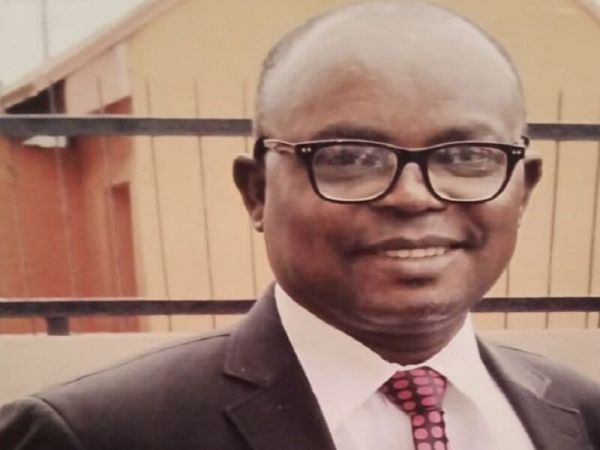 Now that the campaigns towards the 2023 elections have started, what will the candidates campaign with? The stars of the campaigns are the presidential candidates – Bola Ahmed Tinubu of the All Progressives Congress (APC), Atiku Abubakar of the Peoples Democratic Party (PDP), and Peter Obi of the Labour Party (LP). Thousands of elective posts will be up for grabs but the star prize is the presidency, followed by the governorship and then the National Assembly seats. Will the campaign be issue-based; if so, what will the issues be? Will they be issues that speak to the pains of the people or will money politics and stomach infrastructure play a dominant role as before? Nigeria’s politics have always been the exclusive preserve of the deep pockets: Shall we follow the same trajectory or will 2023 be refreshingly different? What we call ethnicity or tribalism here but which in other climes are more appropriately defined as the national question and the politics of nationalities have played a defining role in our politics so much so that we have erroneously come to the conclusion that we must banish it from our body-politic before we can record any appreciable level of success. What an erroneous prognosis!

The same thinking applies to religion, which many have come to believe is our problem and they would, therefore, have it banished or downplayed, just like the Marxists of old had reasoned, following in the trail of Karl Marx’s description of religion as the opium of the masses. But nationalities and religion have always played dominant roles in politics in all climes and throughout the ages. Even in the advanced democracies, both have never been obliterated as we erroneously appear to believe here. Did not the Evangelicals support embattled President Donald Trump to the very end? Is America not always sharply divided between pro- and anti-abortionists, embers usually fanned by the individual’s religious perspectives? Ask the Blacks and Latinos whether race or the colour of their skin or eyes and the accent of their tongue play any role in their place in American society! The National Question, as Soviet dictator, Josef Stalin, addressed it, is not limited to Nigeria but is worldwide. What differs is how it has been managed in different climes. Some have managed it better than the others, like, for instance, our erstwhile colonial master, Britain, in the union (United Kingdom) of England, Scotland, Wales, and Northern Ireland. That was the template left by the retreating colonial master in 1960 – a Federal system of government – but which the military government of Gen. JTU Aguiyi-Ironsi destroyed after he took over the leadership of the first military coup in the country’s history in January 1966 and which successive military juntas further cemented.

A unitary system of government masquerading as a federal system of government is at the crux of Nigeria’s problem. Until that is solved, no progress will be made; rather, the country will move in circles until disaster strikes it! And we have examples to learn from if George Santayana is not to be proved right that one lesson history teaches is that men do not learn from history. Ignorance and selfish interest are two of the major reasons why some Nigerian leaders have been opposed to true federalism. On both sides of the divide, there is ignorance that restructuring or a return to federalism of the 1960/63 model will hurt the North and liberate the South. Yes, it may liberate the South but it will not necessarily shackle the North if the examples of Malaysia and Singapore are anything to go by. Considering poor and mineral resource-barren Singapore as a drag on its development, Malaysia expelled its distraught partner from the union on 9th August, 1965 after Nigeria-type religious and race riots in July and September 1964 by the Malaysians playing God. Today, Singapore that used to be despised is a stronger economy than Malaysia, although Malaysia itself is not doing very badly. Call it a win-win situation and you will be right.

Nigeria can toe that line if commonsense is allowed to prevail on all sides. I have said it before and it bears repeating here again that the complete dissolution of Nigeria as a country or of its trouble-prone unitary system of government can end up in a win-win situation if the needful is done before it is too late. Unfortunately, it is getting late already! Dissolution can come peacefully as in the “velvet divorce” of Czechoslovakia into the Czech Republic and Slovakia without the shedding of blood on December 31, 1992 – a New Year gift to citizens of the two distinct peoples and countries by responsible and responsive leaders. Will our own leaders here take a cue from that? Dissolution can also be violently pursued and achieved as was done by South Sudan from Sudan on 9th July, 2011 after 22 years of a bloody war. Similarly, the breakup of Josip Broz Tito’s Yugoslavia after wars of horror that started on 25th June, 1991 and dragged on till 28th April, 1992 should teach useful lessons. We should avoid perilous paths and follow the example of our erstwhile colonial master while there is still time.

The Low Countries, otherwise known as Benelux (Belgium, the Netherlands and Luxembourg), are examples we can learn from. Sweden separated peacefully from Norway in 1905; Pakistan separated from India on 1-15, August 1947 and both countries are today nuclear powers. Bangladesh fought a bitter war with Pakistan and triumphed on 16 December, 1971. Race and religion were at the roots of these breakups. No ethnic group wants to be dominated and or oppressed by another. Once relations become unequal, complaints and antagonisms will come to the fore and if these are not quickly and satisfactorily nipped in the bud, there would be recourse to violence. That was what led to the Nigerian civil war of July 1967 to January 1970. Once bitten, twice shy, they say but does this saying apply to Nigerians? Another Biafran insurrection has been loading for years; what is the attitude of the Federal Government to it? It is insolence! It is: crush it! The Muhammadu Buhari administration especially appears cast in the mold of the French Bourbons King Louis the XIV. Told that a revolution by the peasants was gathering storm, he arrogantly but irresponsibly retorted that the status quo – that is, the decadent, corrupt, and tottering “ancien” regime – would hold fast during his time! Let his successor take care of himself, he declared! Of course, he was right; it held during his tenure but not during that of Louis XVI who, aged 38, was, together with his wife, Marie Antoinette, executed in 1793.

Since 1999 when we returned to civilian rule, beginning with retired Gen. Olusegun Obasanjo, the refrain from our presidents appears to have been tailored after the guillotined French monarch's outbursts. Nigeria’s unity, we have been told ad nauseam and ad infinitum, is non-negotiable. Any hand lifted up against it has to be cut off. Any agitation against it or pleas for it to be revisited for negotiation has been visited with a crushing iron hand. No Nigerian president wants the country to collapse during his tenure; so they must maintain the status quo with iron fists - but for how long? The more they do; the more intractable the problem becomes. I have an idea: Successive Nigerian governments can continue to follow Otto von Bismarck’s iron, blood and sweat tactics but it will not last forever because nothing lasts forever. Life itself does not! Empires rise and fall. No strong man is ever strong enough to always be master unless he transforms strength into right and obedience into duty, says French philosopher, Jean Jacques Rousseau. So, one day, the apostle of Nigeria’s unity is non-negotiable will find that no one will even be ready – or be available – to negotiate with them!

The Soviet Union disintegrated; Nigeria will likewise do if the needful is not done on time. I foresee and I predict a revolution or revolutions that will scrap the contraption called Nigeria. If the revolution is “People’s Revolution” and succeeds in establishing a new order and a stable government agreeable to the longsuffering masses, it would be fine. Otherwise, there will be problems. And it will be sad if Nigeria follows the Somalia option, which has been a failed state since1991.

Another option is to have a reformer come to the saddle that will begin to implement reforms aimed at addressing the grievances of the people long swept under the carpet. Unfortunately, the sad thing about reformers coming late to the scene, like France’s King Louis XVI and the Soviet Union’s Mikhail Gorbachev, is that they come to the scene a little too late and the reforms they propose are not deep enough to satisfy the yearnings of the people and assuage their pent-up anger. That was the fate of Louis the XVI; he opened the door of reforms a little and the people rushed in and took more than he was ready to give. The peasants suddenly realised they had the power to put the king’s back to the wall and take their destiny in their own hands, as it were. Once they had started and the king acted powerless, there was no going back. A similar scenario played out with Gorbachev; he opened the window of liberty a little with his “glasnost” and “perestroika”; to close it or restrain the people to the little he was ready to give became impossible. The rest, as they say, is history.

Which of the three leading presidential candidates is likely to continue the previous presidents’ policy of Nigeria’s unity is non-negotiable? He will hold to that position like Louis the XIV and, if he is lucky, Nigeria will hold during his tenure but the fall, when it comes later on, will be worse than the ruins of Ozymandias. Who, out of the three, will open the doors of reforms a little? If history is anything to go by, he will be rushed by the avalanche of pent-up pressure and anger and, unfortunately, he will be consumed by a people not ready to settle for half bread. Who, out of the three, will be bold enough to go the whole hog? Trifles, peanuts and pittance, if these hold for a while, will ultimately come crashing down with disastrous consequences. Only the one, out of the three, who is determined to commit class suicide, as it were, can do the job satisfactorily. That is the number one criteria needed for success. The second, in my opinion, is the one that commands a mass movement with superior firepower than that of the government, to overawe the government and subdue it. The revolution will be violent. That appears, in my view, far in the horizon because if it succeeds in one part of the country, like #ENDSARS, it may fail elsewhere because of factors we all are too well familiar with. Our ancient fault lines have already begun to rear their ugly heads so early in the day.

The alternative is the adroit building of bridges amongst the political class if, for any reason, they come to the conclusion that their interest as a class is either imperilled already or will be imperilled pretty soon if they do not act quickly. Sadly, I do not also see that on the horizon! But we have just begun the journey to 2023. The road ahead is far and tortuous. Jimmy Cliff said it is a hard road to travel and a long, long way to go! Anything can still happen!