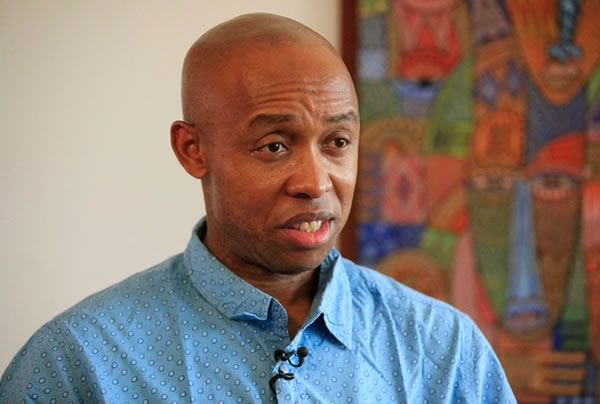 For all the talk of judicial independence, the reality of colonial and post-colonial Nigeria has been one long story of judicial subordination into subservience. Seven years into his presidency, Muhammadu Buhari is on his fourth chief justice of Nigeria, with the last two having departed office in rapid succession under a cloud. The story of how judicial independence in post-colonial Nigeria got to its present pass goes back to the very idea of colonialism.

Students and graduates of law faculties and law schools all over the Commonwealth, including Nigeria, sooner or later learn to swear by the rule of law and doctrine of the independence of the judiciary. These principles, they are told, anchor the law in rationality, shielding it from descent into arbitrariness; ensuring that it applies equally to everyone and that judges are blind in dispensing it fairly to all manner of persons irrespective of station, without fear or favour, affection or ill-will.

One rule for the white, another for the natives

Anyone who thinks closely about this would realize quickly that it is in fact founded on fable. In a decision in 1918, the judicial committee of the Privy Council laid it down that African “natives” were “so low in the scale of social organization that their usages and conceptions of rights and duties are not to be reconciled with the institutions or legal ideas of civilized society… Such a gulf cannot be bridged”.

Thus, colonial rule, which dispersed the Common Law traditions of the Commonwealth – including independence of the judiciary – across the British Empire and beyond, was a system of one rule for the white colonialists and another for the black and brown “natives”. This idea of the inherent inequality of the “natives” was itself central to the conception of law and its administration. Far from a system of rule of law, colonial rule was a system of “rule by law” in which judges were anything but independent.

This system of inequality relied for its enforcement in the colonies not on the independence of judges but on their subservience to the colonial will. To ensure this, colonial judges could be removed at will.

On June 19, 1953, the Queen’s Bench Division of Her Majesty’s High Court in London decided a very interesting case. In 1930, Terrell was appointed a judge of the Supreme Court of (Colonial) Malaya, in the Straits Settlements. Prior to his appointment, he had exchanged correspondence with the Colonial Office, which informed him that he would be liable to retire compulsorily on the attainment of the age of 62.

In 1942, Japan overran and occupied the Straits Settlements and the Secretary of State for the Colonies informed Terrell that they could find no suitable post for him elsewhere in the colonial service. When Terrell declined leave to retire, the secretary of state terminated his appointment forthwith on July 7, 1942. That was 17 months before he was due to retire in February 1944.

Terrell took the case to an arbitrator and lost. So, he appealed to the high court, arguing that under section 12 of the Supreme Court of Judicature (Consolidation) Act, 1925, which superseded the Act of Settlement (1701), judges in England held office during good behaviour and could only be removed on an address by both Houses of Parliament, none of which conditions had been fulfilled in this case.

Upholding the award of the arbitrator, Lord Chief Justice Rayner Goddard decided that the enactment relied on was “wholly inapplicable to a colonial judge” and that Terrell held office at the pleasure of the Crown. Reminded that Terrell’s contract appended the undertaking by the Colonial Office that he would not be required to retire before the age of 62, Lord Goddard decided that the undertakings did not constitute an agreement and, in any case, that even if they were, they could not take away the prerogative of the Crown to dismiss him at will or pleasure.

When they appointed Africans as judges, the colonialists did it as an act of patronage conferred on natives about whose subservience they had no doubts. Kitoyi Ajasa, one of the earliest Nigerian judges, achieved that preferment largely because of his closeness to Frederick Lugard, his support for colonial subjugation of natives, and his role as the leading Freemason in the territory as seven-time Worshipful Master of Lagos Lodge No. 1171 between 1901 and 1928.

Judicial subservience as a virtue

The politicians who led Nigeria to Independence clearly did their pupillage well in the intricacies of retrenching judicial independence. They did not have to wait long after Independence in 1960 before showing their mastery of the subject.

In 1961 two unrelated things happened: Muhammadu Buhari was commissioned as an officer into the Nigerian Army and the then ruling political coalition in Nigeria tried Joseph Tarka unsuccessfully for treasonable felony. That was largely the last time a ruling government failed to get in substance what it wanted from the courts.

1n 1962, they would show in the treasonable felony trial of Obafemi Awolowo how well they had learnt their lessons. First, they denied him legal defence of his own choice as the constitution then allowed him. Then, they side-stepped the fiercely independent Daddy Onyeama to whom the case was to be assigned because they could not trust him to bring home a pre-determined outcome, instead ensuring that the case was assigned to Sodeinde Sowemimo, who wrote his own judicial epitaph with the words: “my hands a tied”.

With Chief Awolowo out of the way, they moved to topple his Action Group from power in the then Western Region. However, his party fought the case to the Judicial Committee of the Privy Council in London, as the then highest court in the country was called, and won. In response, the ruling coalition amended the constitution to legislate the British Crown and the Privy Council out of existence in Nigeria, converting Nigeria into a Republic.

In January 1966, the military overthrew the lot of the squabbling politicians. In 1969, the supreme court decided that what the military did in 1966 was not necessarily a coup for all seasons but rather a time-limited effort to save the country from collapse. The logic was that their hold on power was at the sufferance of the civilians to whom they were liable to hand back power once the emergency necessitating the change of guards was over. So, the military legislated the judiciary into subservience with the Federal Military Government (Supremacy and Enforcement of Powers) Decree, No. 28 of 1970 of 9 May 1970.

Two years later, in 1972, they summarily pensioned off then Chief Justice, Adetokunbo Ademola, replacing him with Taslim Elias, who had served as a comely Attorney-General to both civilian and military rulers of the country for a cumulative period of over one decade. Elias himself would last for barely three years in the seat, before being similarly fired by another military government after a coup in July 1975.

This game of judicial musical chairs orchestrated by the military and the politicians left the judiciary bereft of confidence, all but institutionally lobotomizing it and rendering claims of judicial independence in post-colonial Nigeria rather ostentatious. Military rule more-or-less institutionalized this in three ways.

First, following Decree No. 28 of 1970, they created a military culture of ousting the jurisdiction of the courts from all matters excluding essentially private disputes over land and inheritance. Ibrahim Babangida took this step one notch higher when in 1992, he enacted a decree that criminalised litigation.

Second, by the time Ibrahim Babangida became military ruler, the military began a practice of appointing judges mostly from the civil service. They needed people on the bench whose habit of obedience to instructions they could trust.

Third, they unitarized appointments to and benefits in the judiciary, creating the monstrosity that has now become known as the National Judicial Council (NJC). On page 174 of his 2006 autobiography, ‘Just as I Am’, pioneering estate management practitioner, Chief Simon Okeke recounts his membership of the Island Club in Lagos, saying: “stories had it that the verdicts of most court cases were decided upon within the club. At that time, all ministers and magistrates, high court to supreme court judges and famous lawyers and other top government officials were members of the club.”

SANs are no longer enough

As the work of judges has become overtaken by political disputes, politicians have decided that there is no virtue in judicial independence and made a virtue of judicial subservience. Like most other things in the country, judicial appointments now are for the most part allocated to system insiders.

Around the country, therefore, politicians with any ambitions of high office are more likely than not to be armed with a judge in their back pocket or in their bedroom. It is no longer enough to have an army of senior advocates of Nigeria (SANs) on your side.

The last president of the court of appeal had her husband awarded the senatorial ticket of the ruling party in Bauchi North just as she was about to begin presiding over the administration of disputes over the 2019 election. Once her tenure was over, and her husband had served the purpose, the ruling party quickly awarded the same ticket to a scion of the then-serving chief justice.

62 years after independence, Nigeria’s law students are still wondering what judicial independence was supposed to mean to begin with. The lawyers appear to have given up on it. The politicians have taken care of it. And as for what most of the judges think, it’s best left unsaid.