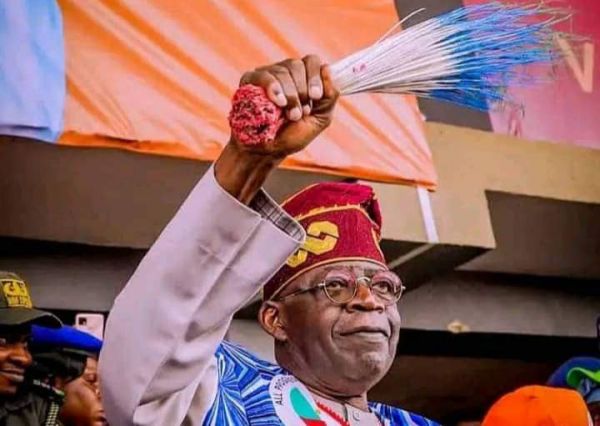 Tinubu showed his expansiveness as governor of Lagos. And over the years, he has shown an aspect of himself as a Nigerian flag-waiver. Tinubu cannot be put on trial for religious or ethnic prejudice.

I believe Tinubu’s presidency is the southeast’s best chance at re-centring itself in national politics. At the moment, Tinubu is the only candidate from the south who enjoys plural support across the divide, groups, zones and regions. So, it is only logical that consciences and interests in the south are mobilised behind him.

I thought by now the southeast must have learnt from the perils of political naivety. It is imprudent of a group of Igbo elders under ‘’Igbo Elders Consultative Forum’’ to declare publicly that they are not in support of Tinubu’s presidential bid. This was the same path these elders toed in 2015 against Muhammadu Buhari which resulted in the political blackballing of the zone. I am of the opinion that elders should be temperate and circumspect on matters of this tenor.

The southeast must cast its net wide and consider some possible outcomes. The APC and its presidential candidate are options they must explore. Going all head in in politics is injudicious.

We should be wary of repeating the same mistakes of 2015. We must not let our emotions colour our reality. We must not walk starry-eyed into political Siberia. We must not attempt another hara-kiri.

The Labour Party is not a viable vehicle to ride to victory. It is a rustled-up contraption without deep roots across the country. The south-#east regaining its place means it must look beyond a solitary party – that is the Labour Party (LP). It must put itself in the thick of things – at the centre — and play realpolitik. To sit at the table, it must wrest itself from the enchantment of the Labour Party and its candidate. We go all in and throw all in but get nothing out.

One Igbo leader who seems to be reading the hieroglyphics of the times right is Orji Uzo Kalu. Kalu is playing realpolitik. He understands the art of the deal. Orji Kalu, despite his reputational flaws, could be the politician that would take the southeast out of political Siberia.

He said in a recent interview: “Presidency is not a regional issue. I asked the political parties to zone the presidency to the southeast. When they didn’t do that, and since the presidency is not a regional issue, I had to withdraw. I have no problem with the Igbo man being president, but we have to do it with other Nigerians. If we don’t do it with other Nigerians, it will not work, no matter how popular you are. It’s the president of Nigeria, not the president of Igbo land. But for now, our presidential candidate is Bola Ahmed Tinubu. Tinubu is strategic. He will make his presidency beneficial to the Igbo. The Igbo will be the biggest beneficiaries of Tinubu’s presidency.’’

I agree; Tinubu’s presidency will be of great benefit to the Igbo. Really, it will be a coup de maître if more Igbo leaders join Orji Kalu in his crusade for Tinubu. Who says the southeast and the southwest cannot work in political consonance?

Tinubu should reach out to the southeast, traditional rulers, political leaders and everyday citizens with intentions and plans of bringing them into one composite fold where all Nigerians can exist under justice, equity, peace and harmony.

It is in the best interest of the southeast to support Tinubu. I believe Tinubu’s presidency will be for all Nigerians.