[OPINION] Between Tinubu and Atiku: Whose headache is bigger? - Bola Bolawole 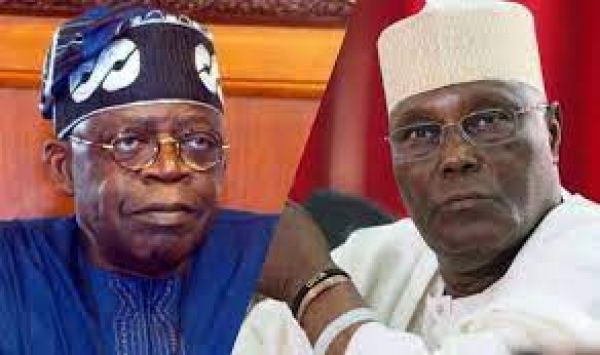 There is a saying that the bigger the head, the bigger the headache! Between Asiwaju Bola Ahmed Tinubu, the presidential candidate of the All Progressives Congress (APC), and his counterpart of the Peoples Democratic Party (PDP), Alhaji Atiku Abubakar, whose head or headache is bigger? Tinubu has been many things that Atiku has not been. Tinubu has been a pro-democracy activist; Atiku has not. Tinubu has been a senator of the Federal Republic; Atiku has not. Tinubu has been driven into political exile in his fight to see to the end of military dictatorship and the return of the country to democratic governance; Atiku has not. Tinubu has been a two-term state governor; Atiku has not. The nearest Atiku got to it was that he won election to be governor of Adamawa state in 1999 as the country made a return to democratic rule but was immediately nominated by former military dictator and presidential candidate of the PDP, retired Gen. Olusegun Obasanjo, as running mate. Obasanjo and Atiku went on to be declared winner of the 1999 presidential election, as a result of which Atiku became the country’s vice president. Although he won election as governor, Atiku was not opportune to be governor for even a minute. So, no one can say what kind of governor Atiku would have made. His running mate, Boni Haruna, was the lucky man who became governor in his place.

Tinubu and Atiku have both been recurring decimals in the politics of the country since military dictators Gen. Ibrahim Babangida (IBB) and Gen. Sani Abacha broached the idea of a return to democratic rule in the late 1980s, although IBB kept shifting the goalpost. As politicians, the two men climbed on the shoulders of godfathers to reach a position of stardom. Atiku was helped by Shehu Musa Yar’Adua, who was Obasanjo’s Number Two man as military Head of State, and his political machinery. Tinubu, on the other hand, was helped by the Afenifere political machinery. So were the words of Isaac Newton fulfilled, to wit: ”If I have seen farther, it is by standing on the shoulders of giants” The two men later became giants in their own rights on whose shoulders others began to perch.

Tinubu will be remembered, for good and for bad, for his two-term tenure as governor of Lagos state. While his contribution to the infrastructural development of Lagos is subject to debate when the resources at his disposal are placed side-by-side his achievements, no one can deny that he established a governance template for the state that has survived to this day. His phenomenal increase of internally generated revenue (IGR) such that the state withstood and survived the onslaught on it by President Obasanjo must be saluted. Obasanjo seized the federal allocations to the local governments in the state as a result of Tinubu’s creation of additional local governments in the state. The fair and just action expected of Obasanjo was for him to have supported Tinubu’s action rather than pillory him for it; punish the entire state; and disobey court orders ruling his action as illegal. No other state in Nigeria would have survived that onslaught but Lagos under Tinubu did. It is doubtful if any other governor could have demonstrated such bravado but Tinubu did.

Of the Class of 1999, so to say, Tinubu is the last man standing, as it were. He is the only governor of his set of 1999 – 2007 that is still politically active and relevant at the highest level He remains the only godfather still installing and removing governors and other political office holders at will. For good and for bad, he has maintained a vice-like grip on Lagos. Some may lambast him for this but, truth be told, not a few would love to be able to do in their own domain what Tinubu has been able to achieve in Lagos. Since he left office in 2007, we can count three other successive governors that he has installed: Babatunde Raji Fashola, 2007 – 2015; Akinwunmi Ambode, 2015 – 2019; and the incumbent, Babajide Sanwo-Olu, 2019 to date. Tinubu’s political tentacles also extend outside Lagos to the entire South-west region where he is known to have installed governors or helped the governorship ambition of others, be it Adams Oshiomhole in Edo; Olusegun Mimiko and Rotimi Akeredolu in Ondo; Kayode Fayemi and the governor-elect, Biodun Ayobami Oyebanji in Ekiti; Rauf Aregbesola and Adegboyega Isiaka Oyetola in Osun; Isiaka Ajimobi in Oyo; and Ibikunle Amosun in Ogun state, etc. There are other political office holders at executive and legislative levels that owe their rise to Tinubu’s political sagacity.

As a politician of immense stature, Atiku, too, must have helped many politicians within his own sphere of influence; otherwise, it would have been practically impossible for him to have been a recurring decimal in the country’s politics in the past two or so decades. My conclusion, however, is that Tinubu has done more than Atiku in this respect. Not being allowed to govern as a state governor robbed Atiku of the opportunity that Tinubu had. Besides, Atiku’s tenure as vice president was mired in controversy as he was accused of vaulting ambition, treachery, and disloyalty by his boss, Obasanjo. The sensational tango between Obasanjo and Atiku not only made Atiku’s second term in office a nightmare but also continues to haunt the ex-VP to this day. During their first term in office (1999 – 2003), Obasanjo practically relinquished governance to Atiku while he junketed all over the place. The privatization programme that Atiku reportedly midwife has been widely criticized as short-changing the country to the benefit of few individuals and cronies of the powers-that-be. On the other hand, today’s vile tradition of “jeun s’oke”, “area boys and girls”; “alright sir” and “twuale” boys and girls that has become a menace, especially in Lagos state, has been squarely placed at Tinubu’s doorsteps. And unless the trend is urgently addressed, disaster lurks around the corner not only in Lagos state but also in the entire South-west, which is fast catching the bug. Why, for instance, are the Southwest leaders not borrowing a leaf from Igbo leaders whose youths are immersed in business activities and have cornered the country’s entire economy? Just as he has created a political template that has endured, Tinubu can do – or could have done – similarly on the economic front for Yoruba youths.

So, the two leading contenders have issues from their past dogging their footsteps. They also, in addition, have issues arising from their individual party primaries that are not going away quietly or quickly. For Tinubu, it is the Muslim-Muslim ticket while, for Atiku, it is the Gov. Nyesom Wike challenge. Could any of the two have avoided the bind they now find themselves? Had Tinubu chosen a Christian as running mate, the Muslim North would have been at his throat all the same. Some Christian leaders from the North are disappointed they were not chosen. Some others are simply latching on the issue to de-market Tinubu so that their preferred Northern candidate – Muslim/Fulani – can stand a chance. It has got nothing to do with religion! Those in the South joining the bandwagon should quickly become politically sensitive enough to understand that de-marketing Tinubu, a moderate Muslim and Southerner, promotes the chances of Atiku winning the laurel. Should Atiku win, the Fulani stand the chance of 16 unbroken years of rulership of Nigeria! After what we have seen of the crass nepotism of Buhari, it beggars belief that any Southerner or Middle Belter or even Christian North will contemplate such a disaster!

I think Tinubu made the correct decision of choosing a Kanuri man (Northeast) than if he had chosen a Fulani from the Northwest as his running mate. Many would have preferred if the running mate were the governor of Borno, Prof. Babagana Umara Zulum; but that is where the North differs from the South in political sagacity. Rather than drag the position with his godfather, ex-Gov. Kashim Shettima, Zulum deferred to his former boss. That was what Osinbajo should have done in the Southwest, which he did not. Atiku may be reaping some fruits from Tinubu’s Muslim-Muslim ticket wahala but he has his own headache in Gov. Wike that has refused to be placated after he lost the PDP primaries to Atiku as a result of the gang-up by Northern leaders against the Rivers state governor. Rather than defer to Wike and his demand for inclusivity in the PDP, Atiku appears to have decided to defy him and call his bluff. It remains to be seen what damage Wike and his allies can do to Atiku’s presidential ambition.

Between Tinubu and Atiku, who has the bigger headache and who reaps more from the calamities of the other person? Will Tinubu lose more votes as a result of his Muslim-Muslim ticket than Atiku will lose as a result of his face-off with Wike and his camp or vice-versa? Will Atiku benefit more from Tinubu’s Muslim-Muslim headache than Tinubu will benefit from Atiku’s problem with Wike or vice-versa? How does the headache of the two leading combatants benefit the dark horse of the race, Peter Obi? For now, the answers to these questions blow in the wind!