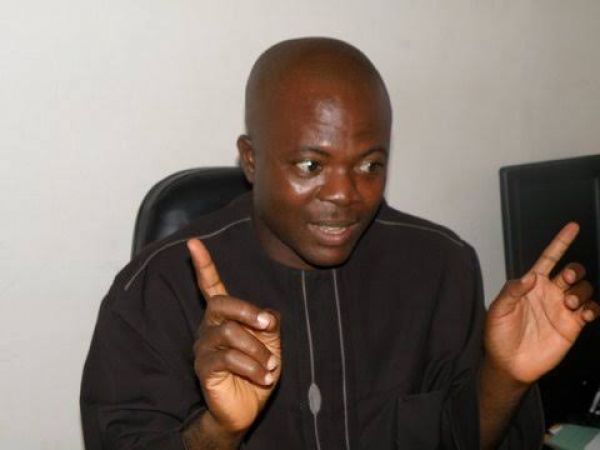 The British were in power after their greedy conquest of our country; the highest decisions that affected Nigeria and Nigerians came from the colonial office in London; the colonial masters prepared most of the constitutions under which we were governed; and the British controlled the wealth of the nation. So overwhelming were these influences that whenever the Governor General “broke air” in Lagos, the whole country heard the sound. Those of us who witnessed this British omnipotence still shudder to recall how disrespectfully Nigerians were treated.

Clearly, it was only through self-rule that this unbecoming treatment could be stopped. Consequently, the era witnessed the activities of many nationalists who, as occasion demanded, had to suffer untold privations in their quest to win independence for the country. Many of them went to jail; many were exiled in parts of the country ideal only for insulating “trouble makers”; many resorted to the instrumentality of strikes and riots to frighten the colonialists out of their smug dictatorship. Many of our nationalists participated in the constitutional conferences that prepared us for the eventual self-rule. This was Nigeria on the eve of October 1, 1960.

With Independence, Nigerians became the master of their own affairs, with their destiny clearly thrust upon their own hands. Now, hopefully, the final decision on issues affecting Nigerians would have to be taken in Lagos. A progressive cleansing of the country was enthusiastically envisaged. Nigerians thought that in no distant time, the country would become eldorado itself, a famed giant that would be an example for other nascent countries in Africa to emulate. The talk of the time had it that the only way to progress, to give meaning to our victories from colonialism was to avoid the vices and weaknesses of the colonialist and build on the positive legacy they left.

The joy of independence and the pervasive influence of our nationalists ensured that almost all of them were successful politicians in a country that was grateful to them. But a genuine retrospect into our journey so far is uninspiring. All the vices of the colonialists are now with us, infinitely magnified. Even the positive legacies of the colonialist have been bastardized. Very soon we even noticed that life was more dignified and respected under colonialism. If what Nigerians suffer today should give testimony and report to our independence, it cried out “we have failed woefully in the business of nation building”. Many factors buttress this assertion.

Political factors are the most fundamental. The aim of independence is essentially for self-rule. When you rule yourself, you would have the opportunity to determine other things that happen about you – economically, socially and otherwise. But looking at our political scene, one finds out that Nigeria has fared badly. Our post independent politics are dreary and confusing records of intrigues, shamelessness and abracadabra. We have never had a statesman, who would be able to rise above petty distractions and face the problems of the country head-on. What we have always had were glorified ethnic champions and tribal chieftains that almost always succeeded in creating more problems than they solved. The field of politics has been polluted to the extent that men of goodwill and genuine patriots are not given the chance; some of them have chickened out because the political field is too severe for their comfort.

Pretending a patriotic mission of solving these problems created by our civilian politicians, soldier politicians have had reasons to intervene. Being actually inspired by an aspiration to steal from the nation’s resources, they had merely compounded our problems. It was the soldiers’ intervention that proximately caused the civil war; it was soldiers that annulled June 12; it was soldiers that turned almost all our cherished ideals upside down. They merely, in my opinion, relinquished power in the conviction that the country had reached a dead end: inexorably moving towards a revolution.

The economic cause of our failure, as aforesaid, is linked to our political failure. Because we have incompetent politicians, they often promulgate faulty economic policies. The result is an unfortunate sequel: the collapse of Agriculture, hitherto the mainstay of our economy; the precarious dependence on oil; the deterioration of transport; the “death” of the naira; monies borrowed from international bodies at usurious interests, without any productive investment to vouch for their judicious use. The result is an economy quite unable to export the equivalent of its imports.

Let the religious causes of our failure enter the picture. Ideally, in a country, religion should be separated from politics, especially in a plural country such as ours. But somehow our leaders have always appealed to religious sentiments in words and deeds. Was it not a President of this country that furtively “dragged” us into the Organisation of Islamic Conference without evident qualms? Such acts, doubtless, make us to seek for religious reasons behind whatever our leaders do. The country is regrettably the worse for it.

It has become normal for Nigerians to be killed on account of religious riots. Many centuries ago, the Chinese T’ai Tsung lay it down that no Emperor should ratify a death sentence until he had fasted three days as a demonstration of how they revered life. Upon its recklessness, the colonial days showed marked respect for human life like the Chinese of T’ai Tsung’s time. Today, besides during religious riots, lives are taken daily without compunction. The number of unresolved murder cases in Nigeria of today will surely present accountancy with problems. The enormity of social and other serious malaise that bedevil our country leave much to be desired. The level of moral depravity in our homes and institutions is alarming. Dressing is now defined in terms of nudity. The social foundations of our nation have been dislocated, so we reap ethnic and other crises in return. One wonders when all these things will stop!

Regrettably, one of the solutions to the perennial problems in the country by our leaders is to gag the press and go after some influential Nigerians. Whilst they do this, the crime rate is increasing. When you see the level of crime and factors that push people into criminal activities, you will conclude that Nigeria is really in trouble. The good leader would war not against influential Nigerians, or institutions, the Ojukwus, The Insider magazine, the Nigerian Labour Congress, not even against criminals that torment us, but against the common enemy – poverty, for it is out of it that crime and disorder come.

With these signs of our failure staring us in the face, Nigerians were wrong to celebrate the last independence with pomp and circumstance, forgetful of their predicament. Many platitudinous speeches were delivered to commemorate the celebrations; there were events to add colour to the entire thing; and don’t forget, many advertisements were placed congratulating Nigeria for its “achievements” so far and perhaps for its future greatness.

One is not saying that a 44-year-old country does not have the right to congratulate itself, but my quarrel is with the manner of our celebration. You want to know; perhaps, how best we should have celebrated? We should have put on sackcloth and ashes to openly show remorse for so much faith and hope betrayed. Conferences should have been organized. The speakers should have endeavoured to teach us the perusal of history, to show us the rise, progress, decay, death; and whence, how and by what accidents and errors those great changes and failures have happened, and above all, how to repeat or avoid them. Since all factors making for revolution are with us today, the speakers should have also endeavoured to teach us how revolution commence and how they are carried out and by what a fatal chain of circumstances the wisest men are driven far the limits of moderation, and by what impulses an enraged people is precipitated into excess at the very thought of which they would have shuddered.