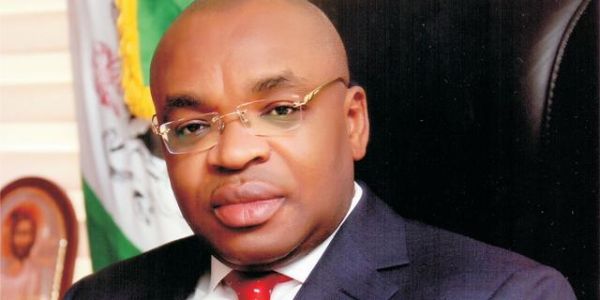 I will start by sending my best wishes to Akwa Ibom people on this very auspicious occasion of the 35th anniversary of the state. It was September 23, 1987 that General Babangida announced the creation of Akwa Ibom and Katsina States. Every year since then, we have been marking this anniversary with pomp and pageantry. But the lavishness of the celebrations by the state government this year have been over the tops, and at odds with the mood of the nation. Nigeria has been challenged by spates of insecurity, violence and killings in the last few years. Thousands of our compatriots still live in IDP camps and millions go to bed hungry. Of all the states of the federation, Akwa Ibom is the only one that continues to throw big parties to mark the creation of the state. This year’s events began last week. Among those who attended were Bukola Saraki; Gov. Aminu Tambuwal of Sokoto; Gov. Ahmadu Umaru Finitiri of Adamawa (who represented Atiku Abubakar) and former Governror Abduka’aziz Abubakar Yari of Zamfara; and former Governor Gabriel Suswan. The whole thing was in a way another PDP convention. The state government, I understand, has just received over N80 billion windfall in derivation payments, and with just eight months left for him to go, the governor felt an urge to indulge in some excesses. But was it prudent and necessary?

I think this ostentatiousness every September is no longer necessary. We should discontinue it and begin to save for future generations. I like the idea that our governors always strive to commission projects as part of the activities of the anniversary. But throwing big banquets and inviting people from all over the nation to attend, paying for their air tickets (or dispatching the government’s plane to pick and return them or hiring private jets for them), in addition to providing hotel accommodation and giving them huge sums of money (dollars) as they return, constitute huge wastes and drain on the treasury. The sheer size of hungry, poor and unemployed people in Akwa Ibom state make such profligacy an unconscionable exercise. We should discontinue it, for Heaven’s sake! I commend Chief Ndueso Essien, a former Minister of Lands and former Member of the House of Representatives and a PDP chieftain from Eket, for speaking out against this unnecessary extravagance. I’m so proud that we still have men of conscience who are courageous enough to speak their minds in the society.

And this brings me to the state banquet over the weekend in which some people were given some award (was it productivity or patriotism award that they called it?). Apart from the fact that these people are mostly PDP chieftains, what else recommended them for the honor? Why did the government not honor those Akwa Ibom heroes who fought the Obasanjo administration fiercely for the abrogation of the onshore-offshore oil dichotomy? Is Governor Udom Emmanuel not well briefed on the momentous contribution of they made? Is he not aware that without the efforts of these people, Akwa Ibom government would not be awashed with billions of Naira as it is today?

A few months ago, the Udom administration received about N80 billion in derivation payments from the Federation Account, making over N3 trillion revenue it has earned since it came into office. Much of this is from the payment of derivation funds on our offshore oil resources which some people fought for tirelessly. Why were they not honored? I am talking about people like Obong (Arc) Victor Attah; Chief Don Etiebet; Senator John James Udoedehe; Senator Emmanuel Ibok Essien; Rt. Hon. (Chief) Ndueso Essien; Senator Ita Solomon Enang; Mr. Umana Umana; Senator Udoma Udo Udoma; Mr Udom Inoyo; Mr. Uko Udom; Chief Assam Assam and many others. The invaluable roles of these brave men in the abrogation of the oil dichotomy are well documented in my book published last December. How can you celebrate the creation of Akwa Ibom and invite Senator Saraki; and leave out Senator Liman who was the Senate Leader during the onshore-offsore battle? Liman moved the motion with 23 other senators for the abrogation of that obnoxious law. What has Senator Saraki done for Akwa Ibom State?

It is a shame that instead of properly recognizing people who sacrificed for our state, Gov. Emmanuel has invited former President Obasanjo to commission a road today. It was Obasanjo who had refused our state the payments of the derivation funds. If not for the bravery of the above-named persons, Obasanjo would have gotten away with his meanness. What an irony that he is now being feted and given dollars! Truly, the governor needs to be brushed up on some aspects of our history. If the government could not honor the onshore-offshore abrogation heroes, how about the people who fought gallantly for the creation of the state? Why does Akwa Ibom government forget them? I have actually commenced initial research work on the history of Akwa Ibom State, and I note that the roles played by people like Chief Efiong Okon Eyo (Eyo Uyo) in the creation of our state is very epochal. It is so painful that not a single street or monument has been named after him, or any of the persons who fought for the creation of the state. Are we so ungrateful, or is our government just bereft of a sense of history?

Of all the dignitaries that were invited to the anniversary celebrations, it is former President Goodluck Jonathan who made the most memorable statements. Said he at a church service yesterday: ‘’Elections are coming soon. I urge you not to vote for killers and murderers. Anybody who assumes power by killing, will continue to kill to stay in power’’. This admonition has resonated with Akwa Ibom people in many ways. Our politics has always been filled with bloodshed. So many people were killed during the 2015 elections when our incumbent governor was ‘’elected’’. How time flies! Some of the people who perpetrated those killings are still with us. Some are running for election next near and were even in the church service listening to the words of Dr. Jonathan. Today, as we prepare to elect a new governor and other, Akwa Ibom people are reminded yet again to elect only those who have never been associated with cultism, gangs, killings and violence. I am happy to note that Senator John James Udoedehe, the leading governorship candidate who is running on the platform of NNPP, has never been associated with any these vices.