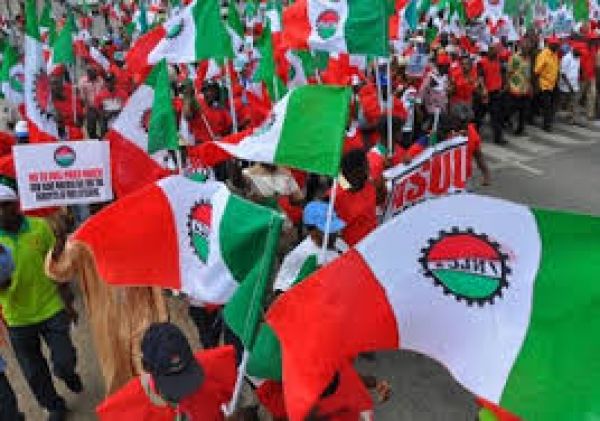 The Nigeria Labour Congress, NLC, yesterday warned against reported moves by the Federal Government to withdraw the registration license of the Academic Staff Union of Universities, over non-submission of its audited financial returns for over five years.

While dismissing the claims that ASUU had not submitted its audited financial returns to the Registrar of Trade Unions for over five years as required by the law, NLC insisted that the Union has submitted all its financial reports up till 2021.

Reacting to a media reports that the federal government may withdraw ASUU’s registration because of the alleged infractions, NLC however alleged that ASUU submitted its financial reports twice, but were deliberately rejected.

In the letter to the Registrar of Trade Unions and copied to the Minister of Labour and Employment, the President of NLC, Ayuba Wabba, warned against moves to de-register or withdraw ASUU’s registration license.

According to the NLC in the letter dated September 2022, it said among others, “We understand that ASUU has responded to your query to submit its Annual Financial Report and Audited Accounts within 72 hours. ASUU responded to the query through their letter dated September 9 2022. In the letter, the union posited that it had submitted the Annual Financial Returns and Audited Accounts for 2014, 2015, 2016 and 2017. ASUU also averred that the union has now rendered the account for 2018, 2019, 2020, and 2021 as at 9 September 2022.

“We also understand that ASUU sent one of their staff and their external auditor to personality deliver the requested financial documents on the 9 of September 2022 but their efforts to submit the documents were rebuffed by your staff who insisted that they were under instructions not to accept any document from ASUU. ASUU subsequently sent the requested financial documents through courier services but again the staff in your office refused to receive the Annual Financial Returns and the Audited Accounts from ASUU.

“Given the current stalemate, we write to implore you to use your good offices to accept the Annual Financial Returns and Audited Accounts by ASUU in accordance with the provisions of Section 37(1)of the Trade Union Act CAP TILFN 2004.”

The President of ASUU, Professor Emmanuel Osodeke, had earlier written to the Registrar of Trade Unions, intimating him of the development.

In a letter dated September 9, 2022, entitled Re: Non-rendition to annual financial returns and audited accounts, Professor Osodeke, among others, “I wish to draw your attention to the fact that, on receipt of the letter under reference, the Union submitted the Annual Financial Returns and Audited Accounts for 2014, 2015, 2016, and 2017 to your office. Therefore, the union did not fail, neglect or refuse to render its Annual Financial Returns and Audited Accounts as prescribed by the Law. “Meanwhile, the Union has now rendered the account for 2018, 2019, 2020 and 2021. within the seventy-two (72) hours given by your office as of today 9 September 2022.”