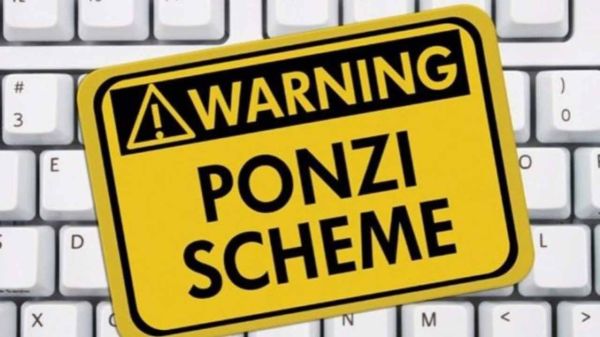 The Director of the Bank Examination Department, the Nigeria Deposit Insurance Company (NDIC), Michael Oladele, has disclosed that no less than N911.45 billion has been lost to various Ponzi schemes and related frauds across the country in the last 23 years.

The revelation came as the NDIC sought stronger collaboration among relevant agencies in the financial regulatory space and public support to achieve a breakthrough in the war against Ponzi schemes.

At the workshop for financial correspondents and business editors, which ended yesterday, Oladele said promoters of the schemes have become so sophisticated and creative in their tricks that broad base collaboration is needed to stay ahead of them.

In a paper on ‘Rising Ponzi Schemes and Investment Scams in Nigeria’, Oladele said Nigerians have lost at least N911.45 billion to different Ponzi schemes and related schemes in the last 23 years.

While he admitted poor data on the trends, he said N700 billion was reportedly trapped in private placements in Nigeria in 2016 just as MMM swindled investors of N18 billion. Also, MBA Forex defrauded investors of N171 billion, while another N22.45 billion was lost to Nospecto.

He x-rayed local and global case studies of Ponzi schemes, which are popularly referred to as wonder banks in Nigeria, the history of the frauds, their modes of operation, enablers of the schemes as well as regulatory approaches.

He insisted that counteractions by the targets, who bear much of the brunt of the scams, are required to expose and prosecute suspects. According to him, there is much the public could do to evade the antics of Ponzi scheme traps, as it is a conceptual fraud.

Placing it side-by-side with affinity fraud, advance fee fraud (419), pre-IPO/private placement investment scams, pump and dump investment scams among others, he warned that there are increasing reasons to be wary and conduct due diligence before any investor releases their money.

“A Ponzi scheme is a fraudulent investing scam which generates returns for earlier investors with money taken from later investors that is, robbing Peter to pay Paul. The premise of a Ponzi is that the value of the investment is not representative of any underlying productive capacity that generates value over time. Ponzi schemes and investment fraud operators are into shadow activities,” he explained.

Tracing Nigeria’s Ponzi scheme history to the 1980s and early 1990s when the famous Umana-Umana investment platform and Planwell took the market unaware, Oladele decried paucity of data on the activities of Ponzi schemes in the country, linking this to under-reporting and wrong classification.

A little more due diligence and recourse to history, he said, would have helped millions of Nigerians who lost an estimated N18 billion to the legendary MMM bust. More MMM cases, according to the NDIC boss, would be replicated as long as current desperation, quick rich syndrome, financial illiteracy, ignorance and regulatory arbitrage continue.

The facilitator listed the key enablers of the frauds to include inadequate financial education, financial hardship, inadequate law enforcement/consequences, refusal to heed warnings and celebrity endorsements.

Referencing research by Ibekwe C.C. & Jack J. in 2018, the paper highlighted the demographics of the highest victims to include tertiary students in the age bracket of 20 and 29.

Whereas the Central Bank of Nigeria (CBN), NDIC, and Securities and Exchange Commission (SEC) among other agencies are already working to curb the activities of Ponzi schemes, he said a much-stronger collaboration is urgent, as solo efforts would leave several loopholes for potential criminals to exploit.

He also called on the public to report suspected cases to the appropriate authorities.