Nigerians in limbo over fuel scarcity, poverty, other miseries as 2022 winds down Featured 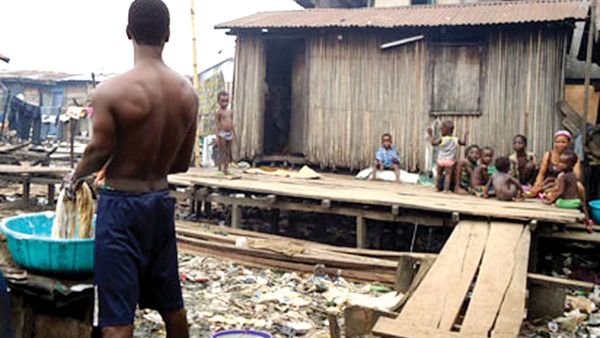 Nigerians are in limbo over worsening fuel scarcity, insecurity, poverty and other economic miseries as the year 2022 gradually winds down.

In less than 33 days to the end of 2022, there have been ripples of economic miseries for most Nigerians. As Citizens grapple with multiple challenges, there is no end in sight. Untamed insecurity, persistent fuel scarcity, rising inflation, poverty, and energy crisis are critical problems bedevilling the nation.

Despite repetitive claims by the Federal Government on the improvement made in the fight to end insecurity, the menace has remained; banditry, terrorism in the north, unknown gunmen, kidnapping, and cybercrime in the south.

Untamed Insecurity in Nigeria
According to a report, insecurity in the country costs Nigeria 11 percent of its GDP with N119 billion. In the same vein, N12 trillion worth of projects were neglected across Nigeria due to insecurity, other challenges, according to data from Town-Talk solutions. The Lloyd’s Register Foundation Safety Perceptions Index (SPI), produced by the Institute for Economics and Peace, ranked Nigeria 75th out of 141 countries on the 2022 global safety survey. All these reports point to the worsening state of insecurity in Nigeria, negatively impacting the country’s poverty levels.

Outside the insecurity challenge, over 65 percent of Nigeria’s population live in poverty, meaning they are deprived of health care, education, employment, living standard and security, according to a report by the National Bureau of Statistics. With a 21.09 percent October inflation rate, 16.50 percent interest rate, 2.25 percent third quarter Gross Domestic Product, GDP growth rate, an average Nigerian struggles for survival.

In most cities, fuel queues have resurfaced as motorists and commuters groan over product unavailability and increased cost of transportation.

Though significant filling stations in Abuja still dispense fuel at the price of 179-180/Per litre, residents continue to lament the frustration experienced in getting fuel in the nation’s capital. Lagos, Akwa Ibom, Cross River, Nasarawa, and Niger States have similar experiences, a situation experts in the industry blamed on fuel subsidies and fuel supply shortages.

In his reaction to the fuel scarcity, the President of Petroleum Products Retail Outlets Owners Association of Nigeria, PETROAN, Billy Gillis-Harry, on Tuesday, in an Arise TV interview monitored by, said it is due to supply shortage.

Speaking on the multiplier effect of fuel scarcity and poverty on average Nigerians, a Financial Inclusion/Wealth Management expert, Mr Idakolo Gbolade said that the Government must address its inefficiency if the country desires to progress.

He urged the Government to look for a temporary means to end the current fuel scarcity ahead of the yuletide.

The Nigerian economic problem is multidimensional and very complex; however, to solve our problem, the Nigerian Government needs first to accept that the problem has not been adequately tackled in the past to come up with fresh ideas to improve the economic environment.

In the interim, the Government needs to tackle the lingering fuel scarcity for the yuletide period and enhance security for those travelling due to incessant cases of kidnapping on the roads.

If we have achieved self-sufficiency in rice production, then the States and the Federal government should intervene to reduce the high cost of rice and other grains so that Nigerians can purchase them at a lower rate.

Nigerians should limit travelling for the festive season to save costs and for security reasons; we should also use the period to reflect on the state of the nation and pray for good governance in the country.

Families should also purchase household items on time before it gets close to the festive period when prices will go up. Families should remember that there will be school fees payment at the beginning of the year, so they should try to be modest in their celebrations.

Also, a don of Accounting and Financial Development at Lead City University, Ibadan, Prof Godwin Oyedokun said the Government must act fast to halt the ugly trend of poverty-level expansion in Nigeria.

As expected, there will be more issues concerning food scarcity. Remember that Nigeria witnessed flooding in some parts. With the situation, there won’t be much food. People have the money to buy food, but there is no food. So, the person can sell little food available for any amount because the supply is in shortage. How this is related to poverty, people don’t have to buy food already and then the prices are not increased. So that will expand the bracket of people living in poverty because some people cannot afford food at a slightly higher price. Rising food prices will increase the poverty level.

Fuel scarcity has a multiplier effect on so many things, production, standard of living; this is because people must move from one place to the other. For instance, I had to buy fuel at N260/per litre in Abuja yesterday after looking around for the product in futility. We had to buy black market for N260/per Litre; this reduced the amount of disposable income. So everything will negatively impact the lives of ordinary citizens.

I also pity those on fixed salaries because these market parameters increase daily, but the monthly salary does not. For instance, if I am collecting N100,000 per month, I would have to pay double for transportation, but my salary will not increase.

He stated, It is due to Government inefficiency, the reason Nigerians suffer from fuel scarcity. This has only aggravated the problem we have in the country. Also, survival is impaired, the economy is hard already, and every indicator shows that things are going in the wrong direction.

Amid all these challenges, the forthcoming 2023 general elections represent a beacon of hope for most Nigerians.