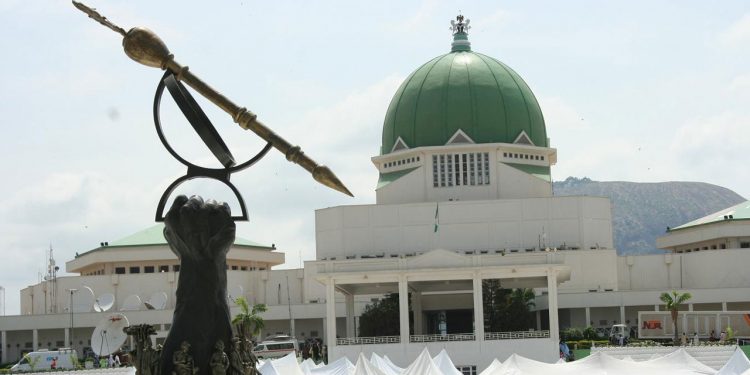 Investigators are hitting the road today in search of lawmakers’ N900b constituency projects in states.

The Independent Corrupt Practices and Other Related Offences Commission (ICPC) is verifying constituency projects executed by immediate past senators and members of the House of Representatives.

The commission said it will make recoveries on projects/contracts confirmed to have been inflated or in which contractors underperformed or did not perform at all.

To be verified are 180 key projects in the 36 states at the rate of five per state.

The probe covers projects between 2015 and 2018 embarked upon by members of the 8th National Assembly.

According to a document released by the spokesperson for the commission, Mrs. Rasheedat A. Okoduwa, the first phase will be conducted in 12 states.

The states are: Kogi and Benue (North-Central); Adamawa and Bauchi (North-East); Sokoto and Kano (North-West); Imo and Enugu (South-East); Lagos and Osun (South-West); and Akwa Ibom and Edo (South-South).

Okoduwa said members of the Steering Committee of the investigation/ verification team were drawn from the Independent Corrupt Practices and Other Related Offences Commission (ICPC), the Nigerian Institute of Quantity Surveyors (NIQS), the Budget Office of the Federation, the Office of the Accountant-General of the Federation, “Premium Times”, the International Centre for Investigative Reporting (ICIR), the Public and Private Development Centre, the Bureau of Public Procurement (BPP), the Community for Peace & Corrupt-free Society and BudgIT.

The document said: “The first phase of the exercise is to commence in 12 states across the six geo-political zones of the country from Tuesday. At least five projects have been identified for tracking in each state.

“Site visits in each state by the tracking team will involve ICPC and representatives of other members of the Steering Committee as well as a competent officer from the executing agency for each project.

The tracking teams is to:

The ICPC listed expected outcomes as improved delivery of social welfare services to the citizens; value for money in execution of public projects; increased performance of the Commission’s enforcement mandate; enhanced collaboration between the Commission, CSOs and the media; increase in the quality and quantity of shared information/intelligence; increase in recovery of public funds; and improved opportunity for the attainment of the Sustainable Development Goals (SDGs).

The Chairman of ICPC, Prof. Bolaji Owasanoye, gave a three-year breakdown of the projects done by the lawmakers.

He said constituency projects had been turned into avenues of corruption.

Owasanoye added: “Constituency projects are intended to be developmental, such as provision of water, rural electrification, rural clinics, schools, community centres and bursary for indigent students.

“Regrettably, available statistics from open sources paint a bleak picture of the level of performance or delivery of constituency projects.

“Over the years, constituency projects have become enmeshed in controversy among non-state actors, the promoters of the projects and the communities that are supposed to benefit from the projects.

“The concern is that in Nigeria, rather than address the needs of constituents, many constituency projects have become avenues of corruption.”