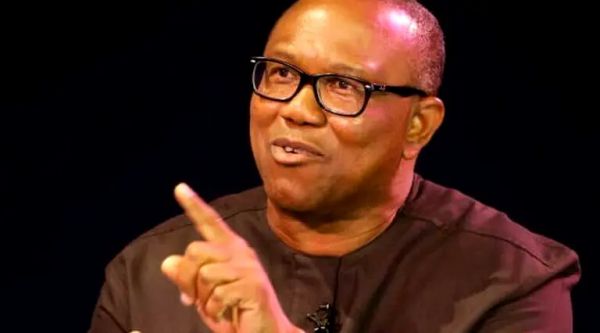 Presidential candidate of the Labour Party, Peter Obi has hinted that his party manifesto for 2023 is 95 per cent ready.

Obi, who spoke on Arise Television’s The Morning Show, noted that the manifesto of his party was 95 per cent ready and would be unveiled in a few days.

He reiterated that his policy document would be hinged on the sustainable development goals (SDGs), economic development and security of the country.

“Our manifesto is anchored on the Sustainable Development Goals and that the key issues are security, unifying the country, ensuring our cohesion comes down to law and order, fighting corruption, making the country productive and creating jobs among others,” he stated.

In a similar vein, the leadership of the Labour Party said it would formally unveil the names of leaders and members of the Obi-Datti Presidential Campaign Council in a few days.

The National Chairman of the party, Julius Abure, in a statement released in Abuja, disclosed that the announcement of the PCC composition would also herald the beginning of the party’s electioneering in full compliance with electoral guidelines.

Recall that the LP presidential candidate had not constituted his campaign council as he was said to be making consultations across the country.

Abure reassured supporters that the constitution of Obi’s PCC and campaign would be ready in a few days.

The statement reads partly, “For our numerous supporters and members across the nation, this is to inform you that we are yet to commence our own campaign.

“The Labour Party will officially open its campaign in a few days from now and the world will be formally notified. It will also formally unveil a list of leaders and members of the party that will form the campaign council,” it added.