Most NASS members not utilizing their oversight powers – Eyiboh 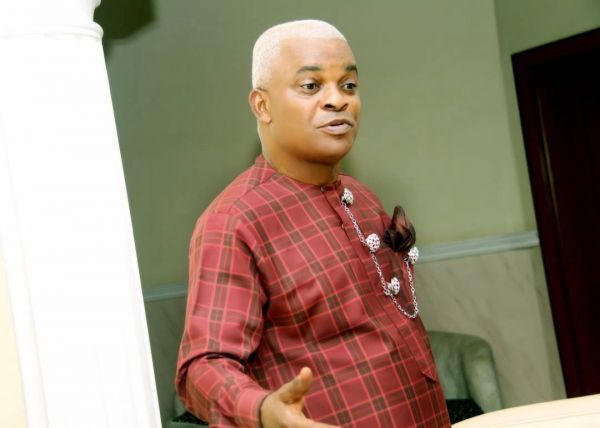 A former member of House of Representatives for Eket Federal Constituency, Hon Eseme Eyiboh, has regretted that most legislators at the National Assembly have failed to exploit oversight powers granted them by constitution to enrich their legislative engagements.

He added that apart from lawmaking, the legislators can go further in engaging governors, corporate organisations, ministries departments and agencies to bring development in their communities.

In a media chat at the Ibom E-Library, Uyo, Akwa Ibom State capital on Monday, Eyiboh, who is also the All Progressives Congress candidate in the 2023 elections for Eket Federal Constituency, said legislative business is not for everyone and should be given to someone who is conversant with the law and has the capacity to engage and negotiate for his constituents.

He described as worrisome a situation where people trade experience and competence with mediocrity and blindly follow a person who does not have what to bring to the table.

Speaking further on oversight functions, the House of Reps candidate argued that a lawmaker has the power through oversight to task a governor who brings a loan request to the house for approval to include the demands of people he represents in the proposed projects saying that it takes a lawmaker who knows his onions to exploit that provision.

Eyiboh, who regretted the dormancy of Akwa Palm, non-availability of financial institutions and lack of electricity over eight years in his local government, Esit Eket, said National Assembly members could through oversight engage government and other corporate bodies to revitalize them.

According to him, It is worrisome that we are trading experience and competence with mediocrity. The problem we have is from the recruitment process because we are trying to build strong individuals rather than strong institutions.

If you look at the issue of oversight, you will understand that some lawmakers do not understand their powers of oversight to be able to use the provisions of the constitution to engage various arms of government like the Ministries, Departments and Agencies.

In the legislative business, you don’t need to go to war with one another, there are various windows to exploit. State government is involved and mind you, you cannot engage the state government when you are the messenger of the governor. A neutral person should be sent to the National Assembly who can confront the governor.

As I’m talking to you, my local government, Esit Eket has no electricity for eight years no financial institution not to talk of Automated Teller Machine, ATM, and you don’t think that through institutional engagement and networking of oversight, the Legislator can engage the governor of central bank to direct any of the MDs of banks to install at least an ATM?

On Muslim-Muslim ticket, Eyiboh said, I don’t think there is a provision in our constitution that the emergence of any candidate will be a product of faith, so if a presidential candidate chooses to pick somebody to boast his chances in winning the polls then coincidentally they are of same faith, that should not be a problem.

Nigeria is a secular country, we are being promoted and guided by the preambles of the constitution that says “we the people of Nigeria’ not ‘we the christians or muslims of Nigeria.’ No candidate of a political party in Nigeria emerges on the basis of faith but on the basis of competence.