Lanre Gentry, the ex-husband of Mercy Aigbe, the Nollywood actress, has reacted to the movie star’s relationship with Kazim Adeoti, her new partner.

Aigbe had on Sunday unveiled the identity of her new lover after keeping her fans in the dark for months.

Adeoti is a businessman with an interest in the entertainment industry.

Adeoti’s unveiling has continued to elicit an avalanche of reactions on social media, with users expressing different views.

Joining the fray, Gentry shared an old photo of himself, Aigbe, Kazim and and an unidentified woman. 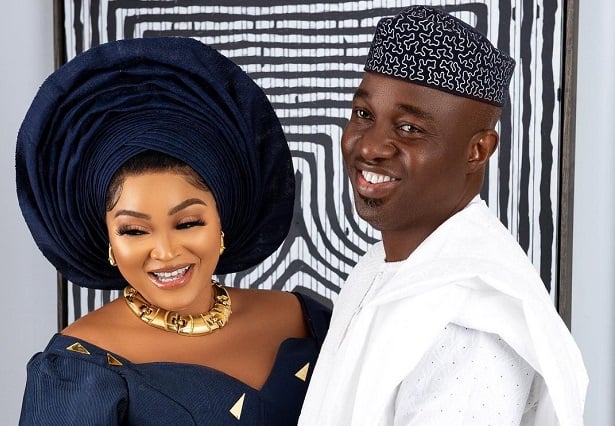 The photo — said to have been taken while the pair were still together — is believed to be a subtle dig at the actress.

In a terse post accompanying the photo, the entrepreneur and self-acclaimed philanthropist said “thank God the truth is out.” 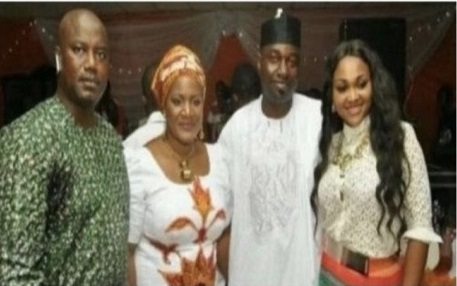 He also said the photo is “just one out of many”. Gentry disabled reactions to the post, saying “I don’t need anyone’s comment.”

“At least I thank God the truth is out, this is just one out of many to God be the glory. I don’t need anyone’s comment,” he wrote on Instagram.

In 2017, the actress separated from Lanre Gentry, her ex-husband, over alleged domestic violence and infidelity.

The pair have been at loggerheads since then. In June last year, they reignited their lingering feud over a post by the actress on Father’s Day.

Tyson Fury Is Vacationing in Cannes, Onboard the $18,000-a-Night iRama Yacht

I promise to do everything to make Nigeria work, Hayatu-Deen tells PDP delegates

2023: My experiences under Buhari has placed me ahead of others – Osibanjo

Why I withdrew from senatorial race – Tallen

2023: We must take over presidency or remain in opposition – Atiku, Ikpeazu

Nigeria among 44 countries meeting in El Salvador to discuss Bitcoin

[OPINION] Deborah Samuel and the burden of leadership - Etim Etim

Olympic Champion Jacobs to Light Up 100M In Oslo

Logan Paul To Take Floyd Mayweather to Court, Claims He Still Owes Him Millions for 2021 Fight

What next for Dillian Whyte?