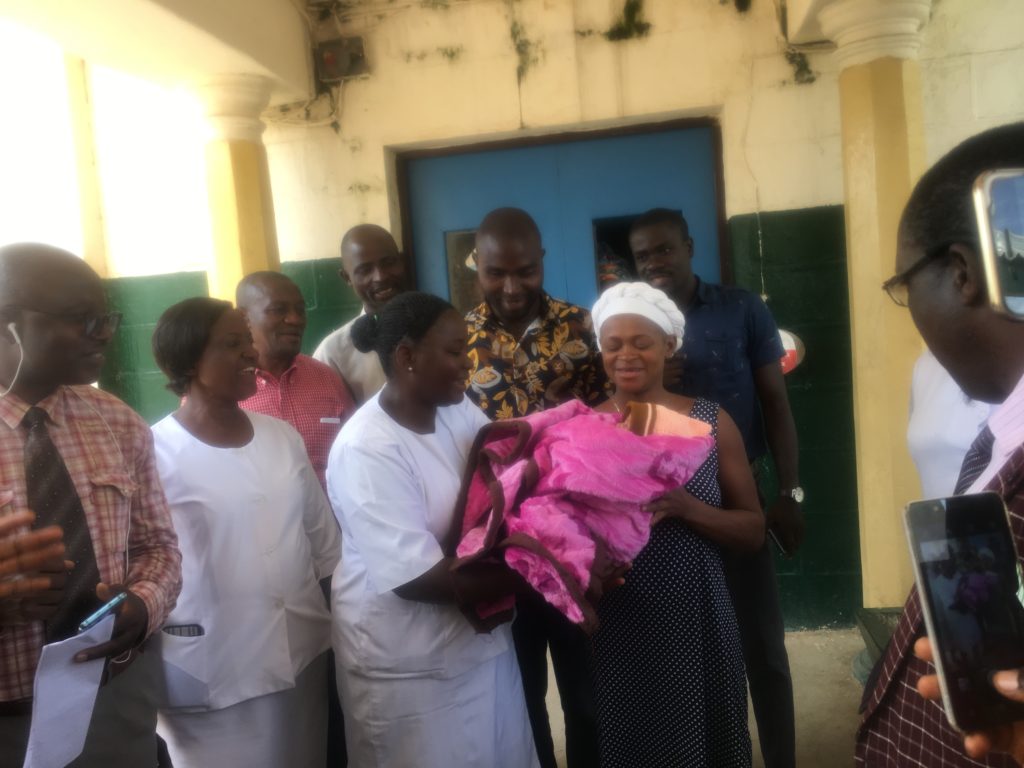 The Plateau Specialist Hospital, Jos has handed over the baby stolen from its maternity ward, to the biological parents, after medical and police investigation.

The Chief Medical Director, Dr Philemon Golwa, while handing over the baby to the parents, expressed happiness over the recovery of the stolen child from its abductors.

Golwa said that generic testing conducted on both baby and the parents confirmed that the baby biologically belongs to the parents the baby was stolen from.

“Today is not a day of mourning; it is a day of celebration of life that was thought to have been lost but now found.

“When this special baby was stolen from this hospital, I was worried, but with our efforts and that of the Police, God has made it possible for us to celebrate.

“We had a breakthrough on Thursday with the recovery of the baby from the woman who “technically” snatched her. The woman has confessed to the Police that she actually stole the child.

“Paternity test, done through DNA, and the blood groups genotype testing, have all shown that the child belongs to the couple. They are the real parents of the child.

“Even though the DNA test will be ready in two weeks as we have taken it to another state for confirmation, the testing of the blood group clearly shows that this couple are the baby’s parents.” the exited CMD said.

The News Agency of Nigeria (NAN), recalls that a baby belonging to 30-year-old Mary Chukwuebuka, a resident of Zarmaganda, Jos, was stolen from her, three days after birth, at the Hospital where she went for delivery.

Chukwuebuka had told newsmen that she gave birth on May 28, and the child, a baby girl, was stolen from her on May 31, by a woman who dressed and posed as a doctor in the hospital.

According to her, the woman had claimed that she was taking the baby for further tests at the theatre.

The suspect, Mrs. Leritshimwa Diyal, had claimed that she was kidnapped hours to her expected time of delivery and had been delivered of a healthy female child while in the kidnappers’ custody.

Diyal, 30, claimed that she was taken to a bush somewhere near Abuja, some 300 kms away from Jos, where she was delivered of the child.

The Police are yet to make a statement on their level of investigation and when they intend to arraign the suspect.