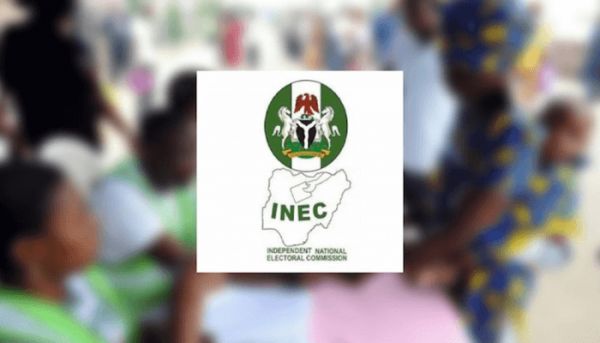 North accounts for over 90% of the affected communities

The Independent National Electoral Commission (INEC) may be under constraint to conduct 2023 elections in over 686 communities under the atrocious activities of armed non-state actors across the federation, THISDAY’s findings have revealed.

The findings also revealed that the affected communities and wards cut across 90 local government areas (LGAs) and 18 states of the federation.
President Muhammadu Buhari had directed security agencies to ensure stability before December 31.

Concerned civil society actors conversant with the undertaking of the Inter-agency Consultative Committee on Electoral Security (ICCES) anonymously shared intelligence about the country’s election security with THISDAY at the weekend.

The commission had consequently been meeting the country’s security community under the auspices of the Inter-agency Consultative Committee on Election Security (ICCES) to ensure security and stability during the polls slated for February 25 and March 11, 2023.

Despite its initiative to ensure a stable security environment before the 2023 general election, investigations by THISDAY showed that the electoral commission might not be able to conduct elections in “over 686 communities across the federation.”
Concerned about the country’s worsening security conditions, the civil society actors found out that the north “is more affected when compared with the south. Of the 686 affected communities, 618 were identified in the north alone.”

By implication, the findings indicated that the north alone “accounts for 90.1 per cent of the unsafe communities.
The findings further showed that challenge “is minimal in the south,” putting the total number of the affected communities at 68.
In the entire south, the findings revealed that there “are 68 communities where candidates will not be able to campaign or where the INEC cannot conduct any election. The communities represent about 9.09 per cent.”

Of these 680 communities nationwide, according to the findings, 336 were identified in the North-west alone. Of the 336 in the North-west, 200 are in Zamfara State alone. Obviously, Zamfara is now the country’s unsafest state.

The findings said: “In the North-east, 168 communities were identified. Of this number, Gombe is the only state where no community or ward is listed as part of the unsafe territory in the North-east. In Borno State, there are about 79 wards where elections may not be held.

“In North-central, 114 wards are affected. These are mainly located in Kwara, Nasarawa, Niger and Plateau. Benue and Kogi are not included in the list of these communities. If we have 10 communities in Ondo State, there is no way Kogi will not be affected because ISWAP insurgents are from Kogi State.
“In the South-east, 55 communities have been identified as red zones. These are mainly in Abia, Anambra and Imo States. Ebonyi and Enugu states are excluded from the list of troubled communities,” the findings revealed.

In the South-west, the findings claimed that at least 10 communities are identified in Ondo State, especially in Owo LGA, Ose LGA and their environs.
The findings attributed the case of Ondo State “to its proximity to Kogi State, where ISWAP insurgents have penetrated.”

The findings put the number of communities affected in the South-south at three, which are all located in Rivers State.
Explaining its roles in ensuring the country’s election security yesterday, the Department of State Services (DSS) acknowledged its synergy with the INEC.

The DSS, through its Public Relations Officer, Dr. Peter Afunanya, said: “It works through its ICCES domiciled in INEC to ensure adequate security and order for the elections.