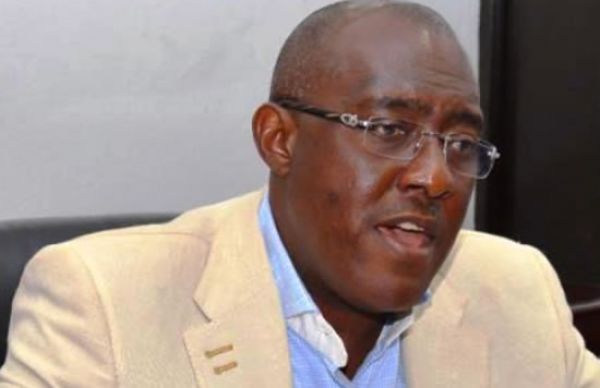 Stakeholders in the Peoples Democratic Party who are insisting on the removal of the party’s National Chairman, Dr Iyorchia Ayu, do not mean well for the party, former PDP national publicity secretary, Olisa Metuh, has said.

Metuh, a member of the PDP’s National Executive Committee, also accused Governor Nyesom Wike of Rivers State, his counterpart from Oyo State, Seyi Makinde, Bode George and others, who pulled out of the party’s Presidential Campaign Council, of plotting to frustrate the party’s presidential candidate, Atiku Abubakar, in their bid to control the party.

The former party image maker, in an interview with Saturday Punch, said those calling for Ayu’s removal on the premise that he was a northerner like Atiku, needed to take a trip down memory lane to revisit the history of the party.

In his words, “Whoever is thinking of the control of the party at this stage is on a misplaced mission because it is an attempt to struggle for the leadership of the party.

“While we acknowledge the fact that these aggrieved party chieftains are very important stakeholders, they supervised the election of Ayu and in fact, celebrated it. Most of them even made the point that Ayu was the best thing to have happened to the PDP.

“What has changed? Is there an agenda they are pursuing? What do they want?” he asked, even as he appealed to the pro-Wike group to give peace a chance.

“Nobody is saying that what they are demanding is right or wrong. What we need now is a doctrine of necessity to protect and strengthen the PDP for the task ahead,” he added.

Metuh singled out the former deputy national chairman of the PDP, Bode George, for blame for spearheading what he called “plot to destabilise our party,” saying, “In 2006 with a President from the South, Olusegun Obasanjo about to complete his tenure, George spoke at a conference, calling for another southerner to succeed him.”

He continued, “George was the person who organised the move to remove Atiku from the NEC of the party. He did this in 2005.

According to the ex-PDP spokesman, the plot against Ayu is being promoted “because Atiku is the presidential candidate of the party.”

Taking a different stand on the issue is the founder of the Diasporan for PDP, Texas, United States of America. Victoria Pamugo, who said those bent on seeing Ayu use the exit door might do a long walk to realise their wish.