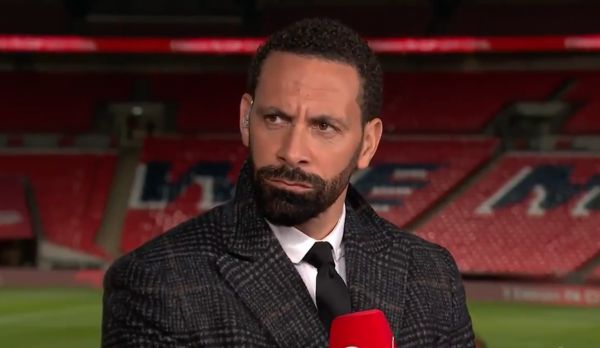 Ferdinand said that Tottenham are lacking the final third against their opponents.

He said this as Tottenham drew 0-0 draw with Eintracht Frankfurt in the Champions League.

According to him, Tottenham attackers, such as Harry Kane and Son Heung-min would probably be further away from goal on average than they have ever been in their Tottenham careers due to Conte’s tactics of defensive play.

Ferdinand said on BT Sport, those three strikers, whoever they are, they would probably be further away from goal on average than they’ve ever been in their Tottenham careers.

The way we saw them set up against Arsenal within the first five minutes was so deep, edge of the box. It’s almost like watching a carbon copy of Atletico Madrid in recent years, with everybody behind the ball, and the lead striker is marking one of the central midfielders.

It’s not what Spurs are used to seeing. The final ball in the North London derby wasn’t good enough, and today with Son and Kane, it just wasn’t there for the final piece of the jigsaw, and the hardest part is putting the ball in the back of the net, and they didn’t have that either luck or quality in the last bit.