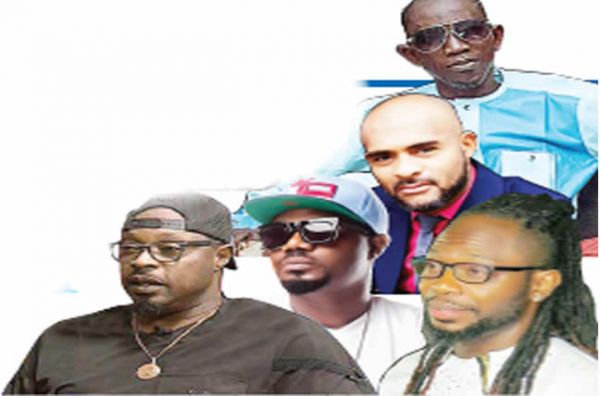 A former President of the Nigerian Association of Nephrology, Ifeoma Ulasi, was reported to have said in 2020 that 25 million Nigerians had kidney disease. Apparently, that figure cuts across different walks of life, and entertainers are not immune to it. Saturday Beats takes a look at entertainers who have battled kidney disease

Many were taken by surprise when veteran disc jockey, Jimmy Jatt, recently revealed that he had had a kidney transplant in Nigeria’s capital, Abuja, six months ago. This was because the turntable wizard had given no clues that he was having such a health challenge. In a video recorded at the Zenith Medical and Kidney Centre, where the surgery took place, Jatt stated that he wanted to become a face for the survival of kidney disease. He said, “I want to be a face for the survival of kidney disease. I did not want to be a victim. I have been through it, and from now on, I will be very open to talking to people about it on any platform to let them know what it is like.”

The caption that accompanied the video read in part, “A very successful kidney transplant (exactly six months today) has further deepened my appreciation for life’s most important things and gratitude to God

“I cannot imagine pulling through this without my angels. My wife, my daughters; I love you beyond any words. And to my siblings, where do I begin to thank you? My friends for an amazing support system. To anyone battling kidney disease, this is not the end and to all donors and caregivers. Keep staying God sent.

“To fans and business partners, DJ Jimmy Jatt has never been cooler! Hop on, the ride continues.”

Indeed, it seems the veteran is back in business. His last post on Instagram, as of the time of filing this report, was a flyer announcing an event tagged, ‘Saturday Night Fever with DJ Jimmy Jatt’, set to hold today in Houston, United States of America. He added the caption, “This Saturday night Houston TX.”

Popular rapper, Eedris Abdulkareem, cuts the picture of a ‘hard man’. This is because he is one who does not back down from a fight, and is never hesitant to express his opinions.

But indeed, there is no one that is above falling sick.

Some months ago, the rapper’s team announced that he had a kidney disease and had been undergoing dialysis in Lagos. A statement by his record label, La Kreem Entertainment, in July read in part, “On behalf of the Abdulkareem family and Lakreem Entertainment Inc., we sincerely ask for prayers and good wishes for Eedris as we face these challenging times.

“He will come out of this and blaze up the musical stage again in due course. His spirit emboldens us. We shall be updating you as we continue with this life-saving process.”

Many Nigerians were full of admiration and praise for his wife, Yetunde, when it became known that she had donated one of her kidneys to him.

The ‘Mr Lecturer’ rapper eventually had the surgery in August, and shortly, after, he took to social media to thank his wife, family and fans. Posting a picture of himself and his wife, he wrote, “Thank you, God. I am specifically giving thanks and praises to the Almighty God for my successful kidney transplant surgery over the weekend. May His holy name be glorified forever.

“Words cannot express my love, devotion and commitment to my adorable, loving, supportive and compassionate wife, Yetunde, with whom God Has made my life complete. Baby, I will always love, cherish and adore you forever.

“My awesome, lovely children, God has harkened to your fervent prayers. Daddy and mummy will be coming home hale and hearty soon.’’

Meanwhile, the entertainer took to his Instagram page on Thursday, September 22, to inform his fans and loved ones that he had left the hospital. Posting a picture of himself wearing a nose mask, he added the caption, “It’s good to be back home. To God be the glory.”

Sadly, not every entertainer who had kidney disease survived to tell the story. A popular Yoruba actor, Adekunle Adetokunbo, aka Dejo Tunfulu, had for years put smiles on the faces of many with his comic roles in movies. But on April 1, 2022, the sun set for the funny man.

He was said to have battled kidney disease for a while before succumbing to the cold hands of death. The actor was said to have been rushed to the Ikorodu General Hospital in Lagos around 4am on that fateful day. According to those who saw the actor in his last moments, they recalled that he looked emaciated and a shadow of himself.

In an interview with The PUNCH, a friend of the late actor stated that he had been diagnosed with chronic kidney disease. He said  he was aware that the late actor nursed the disease for months.

“I don’t know if the family was aware, but he once confided in me that he went to get his drugs. I’m not sure if his children are aware but they should be,” he said.

Though the late Dejo’s family accused the hospital of being negligent in their duty of care towards him, the healthcare institution released a statement that read in part, “The late Adetokunbo had been battling with multiple organ failure and immunosuppression with attendant remarkable weight loss, poor appetite, laboured breathing, and increasing weakness for months before presentation.

“He was said to have complained of headache, vomiting and sudden collapse resulting in weakness on the left side of his body, which started hours before presentation at our A & E.”

“He was subsequently reviewed by our medical team that same morning and was feared to have suffered a stroke with very low blood level in addition to end-stage immunosuppression which led to further tests that were requested.

“Despite the late presentation and severity of the deceased’s condition at the point of admission, the unfounded rumours making rounds made a mess of the selfless and frantic efforts of our medical team.”

Actor, Leo Mezie, battled a kidney ailment stoically for years but he eventually lost out. He was said to have died on Saturday, May 14, 2022, while recuperating from a kidney transplant.

In an interview with The PUNCH in 2019, the actor had stated that it was tough accessing funds to get treatment. He had said, “We give God the glory. I still go for dialysis three times a week.

“The fundraising that the Actors Guild of Nigeria was helping me with has been stalled as I have not been hearing anything from them. Right now, I am on my own, with support only from my immediate family. They raise money for me in turn, and that’s how I’ve been managing. However, the end goal is for me to get a kidney transplant, and the earlier for me, the better. Otherwise, I would continue to cough out money for dialysis. To get the transplant done in Nigeria, it would cost about N20m. I’m considering Nigeria because that is the best I can afford. The treatment would last for three months.”

In the same interview, the actor also lamented that many of his friends had abandoned him in his moment of need. He said, “Let’s not even go there because it is heartbreaking. They are countless. However, I don’t feel disappointed because if someone who is your friend leaves you at your time of need, it means that even if he is with you, he wouldn’t be able to do anything to help. It’s better for such a person to leave you so that you can know how many people are with you. For those ones not showing any interest and who aren’t even bothered enough to call me, it only shows the kind of people they are. Anyway, I only look up to God, not man. And He has been there for me all the while.”

It was reported that Mezie eventually got help from kindhearted Nigerians, and he went for a kidney transplant. But sadly, he died shortly after.

The story of contemporary Nigerian music cannot be written without mention of the name, Babatunde Okungbowa, aka OJB Jezreel.

As a singer, he also churned out songs such as ‘Pretete’ and ‘Searching’, which went on to become very successful. Though he still had a lot to give, his brilliant career was cut short abruptly. He battled a kidney ailment for four years before his demise.

At a point, one of his wives, Mabel, donated a kidney to him and many thought he would live after all, but he died in June 2016, barely three years after the transplant, and a month shy of his 50th birthday. He was survived by three wives and seven children.