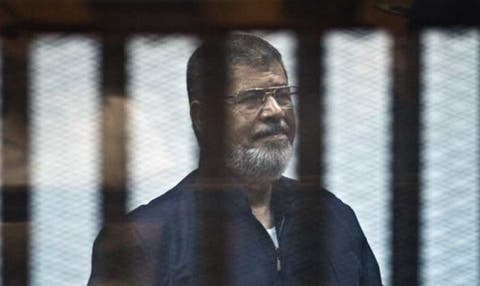 Egypt’s first democratically elected civilian President, Mohamed Morsi, an Islamist who was ousted after one year of divisive rule, died during a court hearing on Monday, the attorney general said.

Reuters reports that a top figure in the now-banned Islamist movement Muslim Brotherhood, Morsi, collapsed in a cage after speaking at a hearing on charges of espionage.

Morsi, who was 67, was toppled by the military in 2013 following mass protests against his rule.

The Islamist leader had been in prison since his ouster on trial for several cases including for spying for Iran, Qatar and militant groups such as Hamas in the Gaza Strip. He was also accused of plotting terror acts.

He was sentenced to death in May 2015 for his role in jailbreaks during the uprising that ousted his predecessor, longtime autocrat, Hosni Mubarak.

Morsi’s hearing in the capital, Cairo, was related to charges of espionage emanating from suspected contacts with the Palestinian Islamist group, Hamas.

He collapsed moments after addressing the court from a cage where some defendants are kept in during sessions, Egypt’s public prosecutor said, adding that a medical report showed no apparent recent injuries on Morsi’s body.

AFP reports that Turkish President Recep Tayyip Erdogan, a strong ally of the Islamist President during his brief tenure as Egypt’s leader, paid tribute to Morsi and called him a “martyr.”

Qatar’s ruler, Sheikh Tamim bin Hamad Al-Thani, another strong backer of Morsi, took to Twitter to say, “We received with deep sorrow the news of the sudden death of former President Mohammed Morsi.”