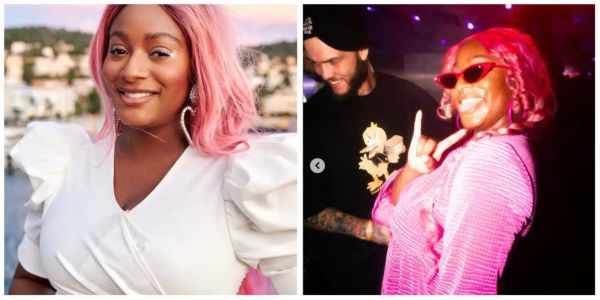 In November 2022, Cuppy finally said yes to her white boyfriend at the Gumball award night in Abu Dhabi.

In the video which made the rounds online, DJ Cuppy, who seemed surprised when her boyfriend popped the big question, said yes and followed it with a passionate kiss on stage.

Cuppy was also seen hugging the boxer as the audience screamed and clapped in excitement.

Since the engagement, Cuppy took a short break from social media as she rarely engages with her fans and followers online.

On Wednesday night, Cuppy took to her Instagram page to share photos of herself and Ryan, apologizing to her fans over her absence on social media.

According to the ‘Gelato’ crooner, she has really been happy and enjoying her life.

She wrote: “Cupcakes, sorry I haven’t been active on social media recently… I’ve just been really HAPPY and ENJOYING my real life tbh”