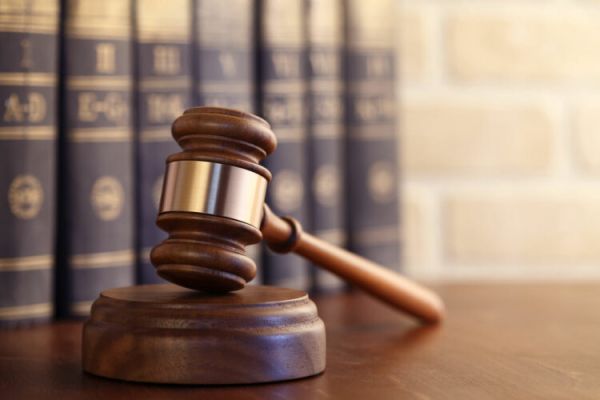 Chief Magistrate Yetunde Balogun convicted and jailed Omosanyin after she found him guilty of two out of the seven-count charges of conspiracy, fraud and stealing of cheques brought against him by the Police Special Fraud Unit (PSFU).

In her judgment, Magistrate Balogun held that the prosecution had successfully proven the charges of conspiracy and N21.8 million fraud against the banker beyond all reasonable doubt.

The court, however, cleared the convict of forging Spring Bank cheques, which he used in perpetrating the criminal acts.

Magistrate Balogun sentenced the convict to one year imprisonment on count one without an option of fine, and seven years on count two, but with an option of paying the sum of N21.8 million, as restitution to the fraud victim.

The police prosecutor, Daniel Apochi had told the court that the convict committed the offences between 2011 and 2014 while working at the Heritage Bank’s headquarters, Lagos, as an Account Officer.

During the trial, the prosecutor called three witnesses, who included the Investigative Police Officer (IPO) Jim Omoruyi, the fraud victim, one Adeleke and an official of the bank.