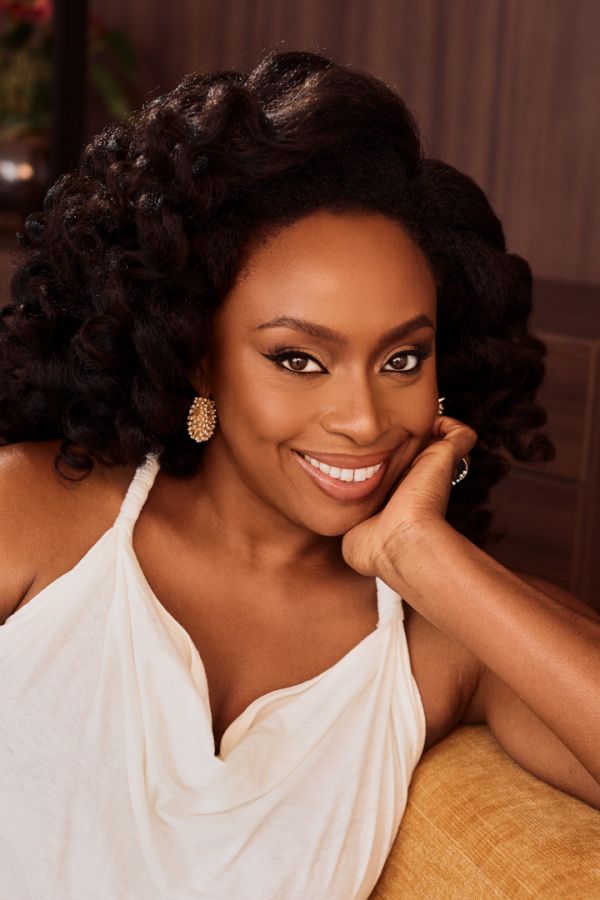 For celebrated Nigerian writer, Chimamanda Adichie, it’s celebration time.  Harvard University has announced it will honour her with the W.E.B. Du Bois Medal, making her the first African woman to receive the award.

The medal is Harvard University’s highest honour in the field of African and African American studies.

Harvard Gazette that Chimamanda, alongside six other honourees, will receive the medal as people “who embody the values of commitment and resolve that are fundamental to the Black experience in America”.

University Professor Henry Louis Gates Jr., director of the Hutchins Center, in an official statement, said the 2022 honourees represent an “unyielding commitment to pushing the boundaries of representation and creating opportunities for advancement and participation for people who have been shut out from the great promise of our times”.

The award will mark another return to Harvard for Chimamanda, who was the Harvard College Class Day Speaker in 2018 and was previously a Harvard Radcliffe Institute Fellow (2011-2012).

Chimamanda was born in Enugu and grew up at the University of Nigeria, Nsukka (UNN) campus, where her father was a Professor of Statistics – in fact, the first

Professor of Statistics in Nigeria. Her mother – in another first- was the first female Registrar of the University. The university town, Nsukka, means a lot to her.

She recently reflected on it at the Human Capital Africa Roundtable held in New York, USA.

Nsukka. It was the springboard that allowed me to leap, the foundation on which I could build, ‘’said Chimamanda.

‘’Every African child deserves sound foundational literacy and numeracy. It should be considered a moral imperative. The foundation is everything. Without it, everything falls apart,’’ she added.

Her foundation was indeed sound as demonstrated by her secondary school achievements.

In junior secondary school, the renowned writer got the best result in the history of the University of Nigeria Secondary School, a feat she repeated at the Senior Secondary School Examination level.

Chimamanda has been writing from the age of four, with her very first publication being when she was in JSS 3 in secondary school in Nsukka. It was a piece published in the now-defunct Nigerian magazine Prime People. Writing was what she always felt was her calling- what she loved to do more than anything else.

She holds two master’s degrees in Creative Writing from Johns Hopkins University, and in African History from Yale University. In addition to being a Fellow at the Harvard Radcliffe Institute, she had previously been a Hodder Fellow at Princeton University (2005-2006). In 2008, she was awarded a MacArthur Fellowship (known as the ‘Genius Grant’) for exceptional merit.

Chimamanda has received global recognition for her work, which has been translated into over thirty languages and won numerous awards and prizes. She occupies a unique position combining several attributes. The New York Times Magazine, in its 2017 “Greats” issue, described her as “one of those rarest of people: a celebrated novelist who has also become a leading public intellectual”.

Barack Obama called her “one of the world’s great contemporary writers”, and Hillary Clinton has written that “she has the rare ability to sum up even the biggest societal problems swiftly and incisively”.

At the 2022 Clinton Global Initiative University annual meeting, the celebrated author joined the former US Secretary of State in a conversation where they discussed the essential role of storytelling in finding common ground as a vehicle for representation and as an agent of change in society.

“It is not enough to tell stories, we have to be willing to hear other people’s stories,” she said, noting that she reads the work of people she disagrees with because she wants to know what they think.

“I would say to young people, try and listen more. Tell your stories, don’t be apologetic about who you are, especially when you are a person who comes from a part of the world that is not sort of considered the centre”.

Chimamanda is also a fashion and beauty icon. Over the years, she has consistently promoted Nigerian designers, both by wearing their outfits to major occasions across the globe, and through her ‘Wear Nigerian’ initiative.

She was the face of beauty brand Boots No7 and has also been featured in numerous style publications. These include Vanity Fair’s ‘International Best-Dressed List’ and the covers of British Vogue and Marie Claire Brazil, among others.

As with her literary work, she also uses her engagement in the style and beauty industry to call attention to themes that the world easily glosses over. “I think much of beauty advertising relies on a false premise – that women need to be treated in an infantile way, given a ‘fantasy’ to aspire to. Real women are already inspired by other real women, so perhaps beauty advertising needs to get on board,” she said when describing her involvement with the Boots No 7 campaign.

In 2016, Italian fashion designer, Maria Grazia Chiuri, made history when she was announced as Dior’s creative director, making her the first woman to lead the creative side of the French fashion house in its 70-year history. For her debut Dior fashion show, Chiuri got the world talking when she featured a T-shirt bearing the title of Chimamanda’s famous TED Talk We Should All Be Feminists. Celebrities around the globe, including Rihanna, Kylie Jenner, Jennifer Lawrence, Demi Lovato, Asap Rocky, and more have been seen wearing the iconic t-shirt.

Her distinctive multi-platform position combining the roles of a writer, public intellectual, activist, fashion and beauty icon has meant that she often has to explain for the benefit of others, why a highly credible writer could also be involved with style and fashion.

In an interview with The CUT’s Ashley Weatherford, when asked why intellectual women sometimes feel like they have to apologise for an interest in beauty.

According to her, “there are many intelligent, thoughtful and innovative women who are interested in beauty and  fashion, and we shouldn’t have any judgment about that.”

Her first novel, Purple Hibiscus, was published in 2003 and was awarded the Commonwealth Writers Prize. Her second novel, Half Of A Yellow Sun (2006), won the Orange Prize for Fiction (subsequently the Bailey’s Prize and now the Women’s Prize for Fiction) – the world’s most prestigious annual book award for fiction by a woman.

In 2015, Half Of A Yellow Sun received Bailey’s “Best of the Best” award, selected from the 10 winners of the prize during its second decade. Half of A Yellow Sun was also named in the BBC’s “100 Novels that shaped our world” over the past 300 years.

Her third novel, Americanah (2013) won the US National Book Critics Circle Award – the most respected literary award in the US, being that winners are selected by professional book critics – and the Chicago Tribune Heartland Prize for fiction. Americanah was also named one of the New York Times Top 10 Books of the year.

She constantly produces thought-provoking articles and talks on various crucial issues and has also been recognised for her exceptional leadership qualities. In her Harvard Class Day speech, she encouraged her audience to “Be courageous. Never set out to provoke for the sake of provoking, but never silence yourself out of fear that a truth you speak might provoke”.

United Nations Foundation in 2019, making her the youngest African and only Nigerian to have received the award (as with many other awards she has received).

She was recognised for her work in literature – particularly her demonstrated ability to connect with people across different generations, races, tribes, and cultures on topics related to identity, gender, and racial inequality – as well as for being a leader on the frontlines of global progress.

In 2013, Foreign Policy Magazine named her one of the Top Global Thinkers of the

Year. In 2015, Chimamanda was named one of Time Magazine’s 100 Most Influential People in the World, and Fortune Magazine named her one of the World’s 50 Greatest Leaders in 2017. In 2018, she received the Global Hope Coalition’s Thought Leadership Award and the Action Against Hunger Humanitarian Award.

In 2018, she also received the PEN Pinter Prize, named after Nobel Laureate Harold Pinter, given annually to a writer of “outstanding literary merit who shows a fierce intellectual determination”. She chose to share the Pinter prize with imprisoned Saudi lawyer and human rights activist, Waleed Abulkhair.

The award-winning author has delivered two landmark TED Talks: The Danger of A Single Story (2009), which has amassed over 27 million views to become one of the most-viewed TED Talks of all time, and We Should All Be Feminists (2012), which started a worldwide conversation about feminism, and was published as a book in 2014. She has consistently delivered powerful addresses to audiences around the world. Just a few weeks ago in August, she delivered a speech as the keynote speaker at the 2022 edition of the Annual General Conference of the Nigerian Bar Association. It was a speech that generated positive reactions from netizens for days.

Chimamanda has received 16 honorary doctorate degrees from some of the world’s leading universities. The most recent in April 2022, was from one of Europe’s oldest universities, the Catholic University of Louvain. The Rector of the University, Vincent Blondel, stated that she was awarded the degree because of her “ability to make us feel the fragility of what we sometimes hold to be true without having questioned it.”