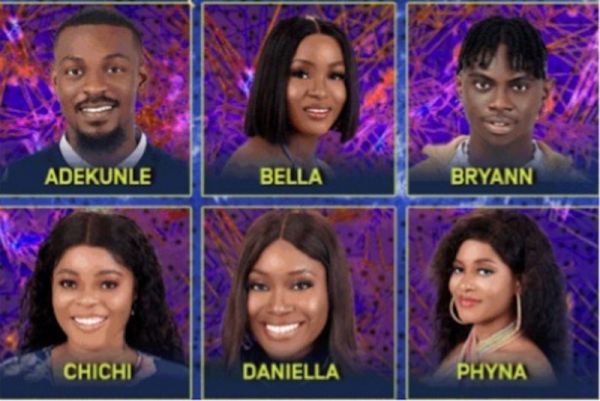 Since the launch of Big Brother Naija, only one female winner, Mercy Eke has taken the crown. Will history repeat itself on tonight’s finale? Of the six housemates left in the Big Brother Naija Level Up season, only two males, Adekunle and Bryann are in the finale. This raises the chance of a female taking the crown. Will it be Daniella, Phyna, Chichi or Bella?

Going by social media posts, the strong contenders among the females are Phyna and Bella. However, Daniella may spring a surprise since her stay in the house was unexpected as well as her love interests. Of the females, she had more than one male housemate fight for her affection. The first was Khalid whom she had a loving relationship with until his eviction. Then came Dotun, until he was evicted too. Now Adekunle has his eyes on her too.

Phyna and Bella’s love interests, Groovy and Sheggz respectively, were evicted last weekend. Time will tell if their relationships will blossom into something beautiful after the show.

While there is more clamour for a female winner, the males cannot be overlooked. Bryann’s fans are resilient in their campaigns, and so are Adekunle fans.

Notwithstanding, only one winner will emerge tonight when the host Ebuka Obi-Uchendu opens the envelope. The winner will not only have the bragging rights of Big Brother Naija Level Up season winner but a grand prize of N100 million.