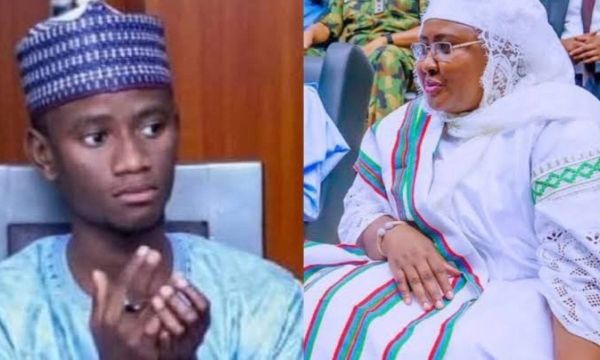 The Chairman, Section of Public Interest and Development Law, SPIDEL, Monday Ubani, says Nigerian First Lady, Aisha Buhari, went too extreme by ordering the arrest of her critic, Aminu Adamu, adding that it is absolutely wrong.

Ubani disclosed this on Thursday while featuring on the Channel Television Sunrise Daily programme.

Ubani, who was also the former 2nd Vice President of the Nigeria Bar Association, NBA, advised people who occupy public offices to be very tolerant, adding that the issue of somebody criticising them will always be there.

Recall that Adamu, a student of the Federal University, Dutse, Jigawa State, was picked up by security operatives for commenting on Aisha’s weight on his Twitter handle.

Aminu was arraigned on Tuesday before the FCT High Court No. 14 without the police notifying his family or lawyer.

I don’t think it is proper. We cannot in any way use a sledge harmer to kill a fly, a young student criticising the president’s wife should now attract a president’s wife to be interested in getting the young man arrested. To me, that is going too extreme.

You know I have absolute faith and love for this woman, especially when, in her initial statement, she was always trying to side with the masses, but this particular act of hers, I condemn it unequivocally, and I say it is absolutely wrong. She has to release that young man, and that is only when we can forgive Mrs Aisha Buhari. Let this young man come out of detention and ask to go back to school because he is starting his exams, as I heard, on Monday; the exam is resuming on Monday.

He said, If this young stayed in prison and could not take his exam on Monday, Nigerians would be very sad. I am very, very angry with the president’s wife. She is on her way out of office let her lay a good example by releasing that young man.