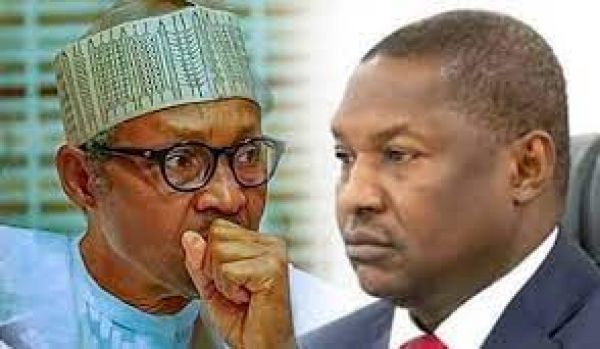 Socio-Economic Rights and Accountability Project (SERAP) has sued President Muhammadu Buhari and Attorney General of the Federation and Minister of Justice, Abubakar Malami, at the Federal High Court, Abuja, over failure to publish copy and details of the agreement the Federal Government recently signed with the United States for repatriation of $23 million stolen by the late dictator, Sani Abacha.

No date has been fixed for hearing of the suit.

In the suit (FHC/ABJ/CS/1700/2022) filed, last Friday, the organisation is asking the court to direct and compel Buhari and Malami to release and widely publish copy of the agreement with the U.S.

SERAP is also asking the court to direct and compel Buhari and Malami to publish details of the transparency and accountability mechanisms that have been put in place to ensure the repatriated funds are not mismanaged, diverted or re-stolen.

In the suit, SERAP is arguing that, the Nigerian Constitution 1999 (as amended), the Freedom of Information Act, and the country’s international obligations impose transparency obligations on the Federal Government to widely publish the agreement on the loot .

The body is also arguing that, publishing a copy of the agreement with the U.S., would allow Nigerians to scrutinise it and monitor spending of the repatriated loot, to ensure the money is not mismanaged, diverted or re-stolen.

According to SERAP, the repatriated $23 million Abacha loot is vulnerable to corruption and mismanagement. Substantial part of the estimated $5 billion returned Abacha loot since 1999 may have been mismanaged, diverted, or re-stolen, and in any case remain unaccounted for.

SERAP is also arguing that, publishing a copy of the agreement would ensure that persons with public responsibilities are answerable to the people for the performance of their duties including management of repatriated loot.

The suit filed on behalf of SERAP by its lawyers, Kolawole Oluwadare and Ms Atinuke Adejuyigbe, reads in part: “The Nigerian Constitution, Freedom of Information Act, and the country’s international obligations rest on the principle that citizens should have access to information regarding their government’s activities.

“The Federal Government has a responsibility to ensure transparency and accountability in how any repatriated stolen funds are spent, to reduce vulnerability to corruption and mismanagement.

“It is in the public interest and the interest of justice to grant this application. Nigerians are entitled to their constitutionally and internationally recognised human right to information.”