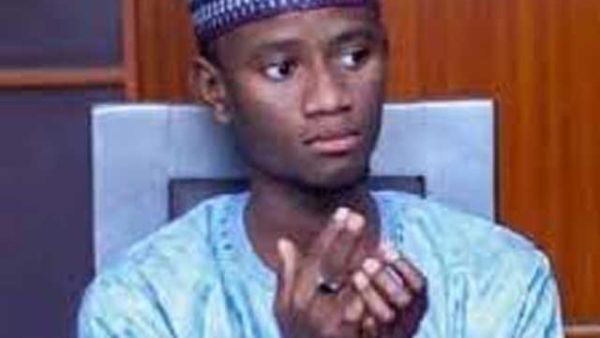 CK Agu, counsel for Aminu Adamu, a student at the Federal University, Dutse, who was arrested after criticising First Lady Aisha Buhari on Twitter says he requested bail for his client to enable him start his final exams on December 5.

Aminu was arrested over a comment in Hausa that means “Mama is feeding fat on poor people’s money,” posted on his Twitter handle.

According to his uncle, Aminu was taken to the Presidential Villa where he was beaten before he was remanded at Suleja Prison in Niger State.

But the student’s lawyer told the BBC Hausa that his client was arraigned in Abuja and pleaded not guilty to the crime he was accused of.

Agu said that since November 25, he requested that Aminu be granted bail but was denied.

“Even in yesterday’s court session, we informed the judge that we requested the police to grant Aminu bail in time, but they did not respond on weather they would release him or not.

“Therefore, we requested the court to grant him bail on the grounds of ill health and that he will start exams on December 5. And now the court has ordered the police to present the bail request which was filed so that the court can act on the request today or tomorrow,” he said.