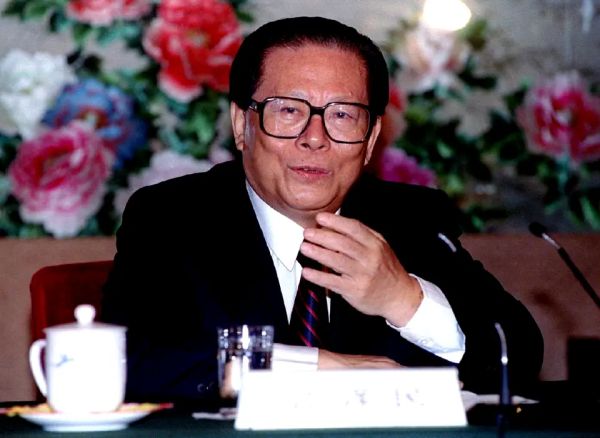 Former Chinese President Jiang Zemin, has died in his home town, Shanghai, at the age of 96 on Wednesday afternoon.

Jiang who led China for ten years of rapid economic growth after the Tiananmen crackdown in 1989, died of leukaemia and multiple organ failure according to the Chinese state media report.

(Updated with pictures) Japan ex-Prime Minister, Shinzo Abe, shot, feared dead
Violent protests hit Apple’s iPhone factory in China
The report said a letter about the details of his demise has been published for the Chinese people by the ruling Communist Party, parliament, Cabinet and the military.

“Comrade Jiang Zemin’s death is an incalculable loss to our Party and our military and our people of all ethnic groups,” the letter read.

It added that the announcement to the Chinese people was with “profound grief.”

Jiang’s death comes at a riotous time in China, where authorities are grappling with rare widespread street protests among residents fed up with heavy-handed COVID-19 curbs nearly three years into the pandemic.

Numerous users of China’s Twitter-like Weibo platform described the death of Jiang, who remained influential after finally retiring in 2004, as the end of an era.

“I’m very sad, not only for his departure, but also because I really feel that an era is over,” a Henan province-based user wrote.

“As if what has happened wasn’t enough, 2022 tells people in a more brutal way that an era is over,” a Beijing Weibo user posted.